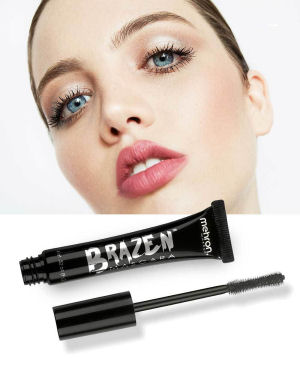 If you are seeking a mascara that mimics false lashes, then look no further than Mehron’s new Brazen Mascara, which celebrates the brand’s 90th anniversary. The company was the first to create false eyelashes made from actual hair in the 1950s and it has never stopped innovating. With Brazen, you can and should expect high drama for your lashes, thanks to the inky black formula, which is loaded with nylon fibers that cling to your lashes to increase volume and length. The formula is waterproof and long-wearing, and comes packaged in the same type of squeeze tube that Eyeko is known for. The brush has staggered bristles, which are engineered to catch each lash so you can apply a healthy dose of mascara to them. I recommend layering three to four coats on lashes for the darkest, most epic lashes ever.

Lux For the Ladies Gift Guide