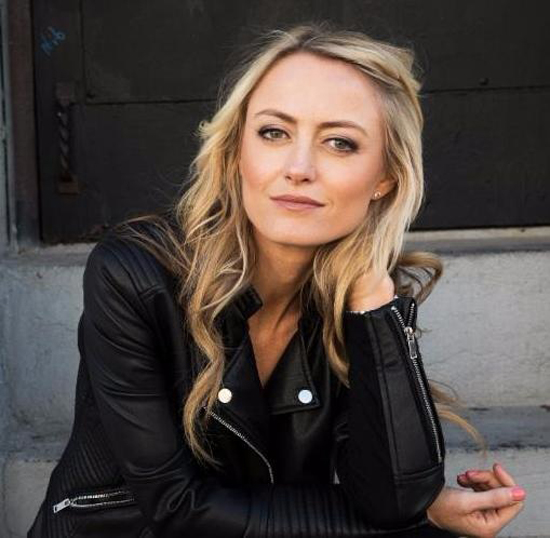 Actress Amy Rutberg lives in New York City and if you didn’t know it, you would think she was born and raised here. She thinks and moves quickly, and has a direct, down to earth, almost street-smart attitude that belies her Los Angeles roots. Although Amy has been acting for twenty years, at age 36 her career is just taking off with a recurring role as Marci Stahl in the Netflix/Marvel series Daredevil and The Defenders, and new appearances this month in Taken and NCIS: New Orleans. Acting has always been Amy’s destiny.

“I was always obsessed with acting and telling stories. Even when I was a little kid, I was trying to take dress up to a whole new level. It was all about books like The Wizard of Oz or Ramona the Pest. I would read them and just become enchanted. There was a whole week that I went to school dressed up as Ramona the Pest. I told my teachers to refer to me as Ramona.” 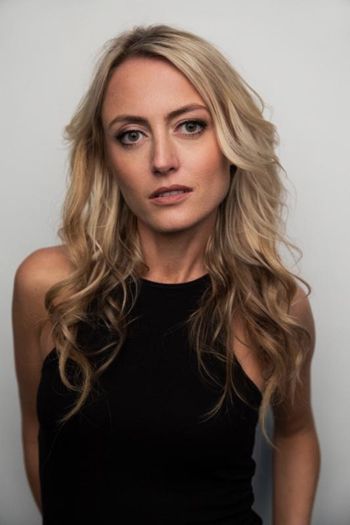 Ramona no more, Amy now has scores of commercials, theatre, television and film credits behind her. With new projects in the works, this year will prove to be Amy’s most successful yet; something that she said her long time friend, Danny Strong, actor and co-creator of Empire, predicted.

“Danny and I have known each other since I was 19. He’s seven or eight years older than me. Danny used to say to me when I was 20 or 21, and Danny at that time hadn’t become this big successful writer, he was acting, but he was like, mark my words, your time is not now, it’s in your thirties. You’re an actress that’s gonna work in her thirties. It’s all about the thirties for you. So don’t get too frustrated now. And he was right. So now, even though he’s so busy, every time I book a job he’s one of the first phone calls I make. And he’s like, tell me about it. Give me the juice. What happened, what happened? He’s still like such a big champion of mine,” Amy said.

But this success did not come easily. Throughout her childhood and adolescence, it was clear that there was something different about Amy. She was extremely intelligent, and as she told me, she is happiest when she is busy.

“I was always a year ahead in my school. I also started acting out and getting in trouble. I convinced my friends we should all go to McDonald’s before school. We were like a half hour late. Everyone was freaking out cause there were like 30 kids missing.”

“By the time I was in 7th grade my mom was pretty sick of that stuff. She was talking to my teachers and they said she’s doing well but she doesn’t seem to want to be here, she gets bored easily. She loves this arts stuff so maybe as opposed to getting in trouble; you should find an outlet for her. So my mom says here’s what I’m going to do, I’m going to drop you off at our local community college and you can find an acting class.”

The rest is history. Amy took acting classes at the local community college and convinced her high school to allow independent study credits. She was able to finish high school and receive two years of college credits by attending community college. In addition, she performed in plays at night.

She applied to UCLA to finish the final two years of college at 15 years old. At first her mother drove her for two weeks back and forth to classes at UCLA from their West Covina home. Then her mother decided to move Amy into a freshman dorm. “My Dad was like, are you crazy? You’re moving a 15 year old into the dorms? My mom said it would be fine. And it was.” 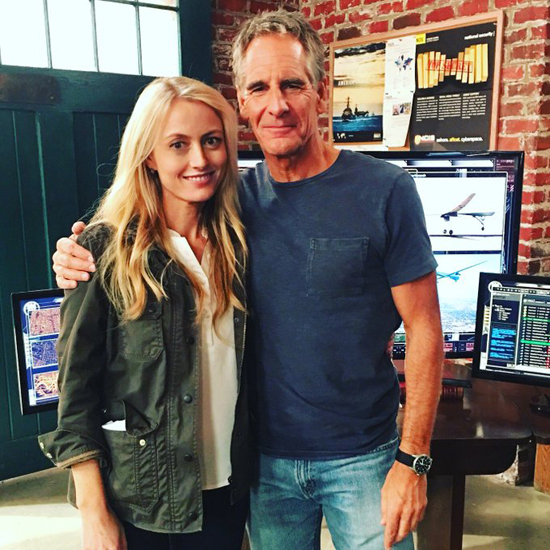 Amy (with Scott Bakula above) couldn’t stay away from acting for long, and started doing musicals in LA while in college. “I was doing this production of the Rocky Horror Show with David Arquette. Then I auditioned for this show in New York called Bat Boy, and I moved to New York.”

Amy spent two and a half years acting in New York City, and toured in a play, before returning to UCLA to graduate. After graduation, she stayed in LA for a while and played professional poker. Yes, Amy also happens to be a whiz at poker. Soon, she came back to New York and in her 20s she did more musical theatre, dozens of commercials and small television roles.

“I’m the opposite of an overnight success,” Amy said. “I’ve been pounding the pavement for years.” Paying her dues and also having an education is now reaping dividends. She agrees that her education and intelligence helps her now in her 30s, more than when she was younger. “I’m really in the prime of my career. Now, the parts I’m playing are women with jobs. I’m playing CIA agents, lawyers, doctors, experts in defense, and ballistics experts. I’ll tell you, I wouldn’t be able to spout off that dialogue as quickly as I have to. I promise you your favorite actors in film and television are incredibly smart. Like the two go very hand in hand.”

Look for Amy in Taken and NCIS: New Orleans this month. She also has some new projects coming up, and you will see for yourself that it really is all about the 30s for Amy.

Photos 1 and 2 by Jesse Dittmar