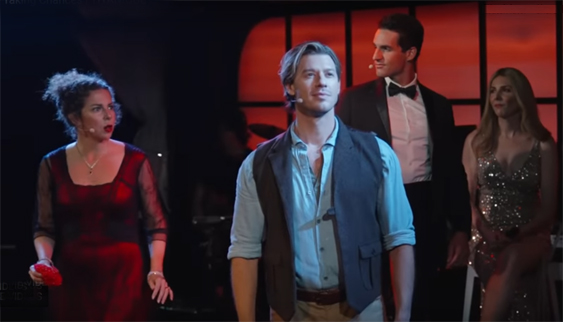 If you haven’t heard all the foghorns blowing and gasps and guffaws in the wings about this side-splitting musical, consider yourself now informed with an extended hand into a raucous lifeboat.

Titanique continues to make audiences roll in the aisles from first class to steerage with a joyful and witty romp. Yes, it is based on the Oscar-winning film plus a lot of help from the Canadian powerhouse, Celine Dion.

This work has bounced around various theaters for several years and keeps growing due to audience demand. Its new home is in Union Square at The Daryl Roth Theatre. 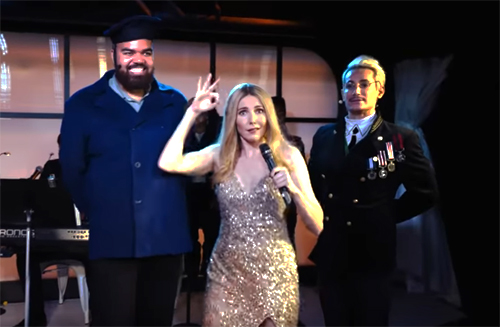 This pastiche embarks with Céline Dion at the helm of a tour group at the Titanic Museum. She proceeds to tell the tour guests her outlandish take on the famous love story between Jack and Rose. The plot is set and the mash-up of the movie mixed with pop culture and songs from the belting diva sets sail. 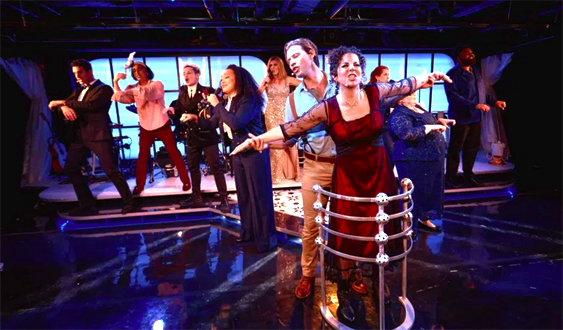 It has a noteworthy cast including: Marla Mindelle (Sister Act) as Céline Dion, Constantine Rousouli (Cruel Intentions) as Jack, Frankie Grande (Mamma Mia) as Victor Garber and Luigi, John Riddle (Frozen) as Cal, Desiree Rodriguez (Kiss My Aztec!) as the Unsinkable Molly Brown, Russell Daniels (Awesome 80’s Prom) as Ruth, Carie St. Louis (Kinky Boots) as Rose and Avionce Hoyles (Bat Out of Hell) as The Iceberg. The ensemble features Blu Allen, Courtney Bassett Donnie Hammond, and Brad Greer. I hope you catch one of the above.

Tip: This ticket is perfect for girl’s night out, date night and/or birthday gift. Even the guys who don’t speak Canadian French get a rise out of this show. 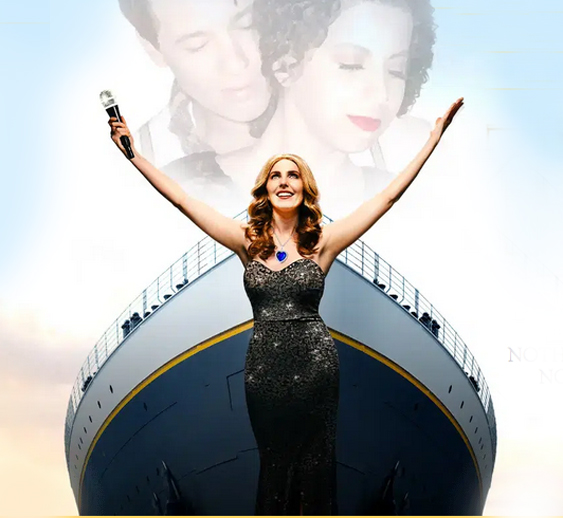