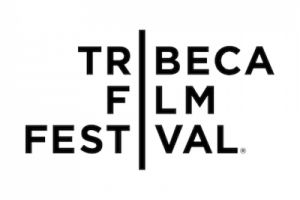 Chloe Wine held a private screening of Blue Night just a few days after its world premiere at the 2018 Tribeca Film Festival in the downstairs cinema in the Roxy Hotel Tribeca.

French documentarian Fabien Constant made his narrative directorial debut with the film. It chronicles the 24 hours after Vivienne, a singer at iconic jazz venue Birdland played by Sarah Jessica Parker, learns she has 14 months, possibly considerably less, to live.

The cast also includes Jacqueline Bisset as Vivienne’s mother (Constant explained the character is much like the French mothers he’s known: loving but demanding), Simon Baker as her ex-husband, and Renée Zellweger as her old friend.

Guests were treated to truffle popcorn and Chloe Prosecco before the screening, followed by a panel discussion with Constant and producer Alison Benson. In introducing the spotlight narrative, Constant said straight away that those who were expecting “Sex and the City 3” would be disappointed. 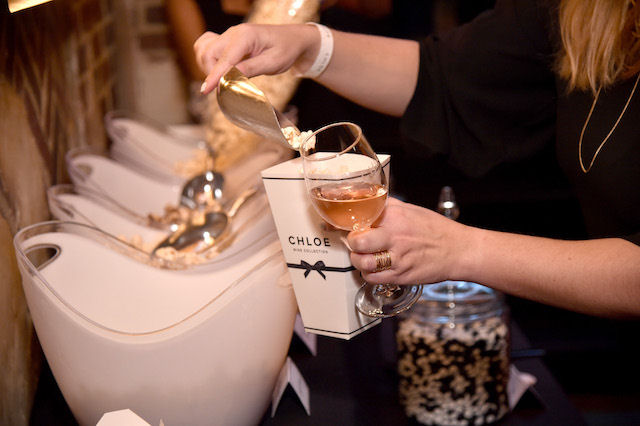 Indeed, Blue Night is about reflecting on one’s mortality, grappling with regret, and confronting the illusion that time is, in fact, on your side. One similarity, though, might be drawn between the film and the HBO series. New York City itself is as much a star as SJP. Constant said that he knew both that it had to be set in Manhattan, and that SJP was the perfect lead, from the beginning. He was determined to make NYC neighborhoods that haven’t been seen in movies for a long time, if ever, such as the area around 157th and Riverside, the backdrop. 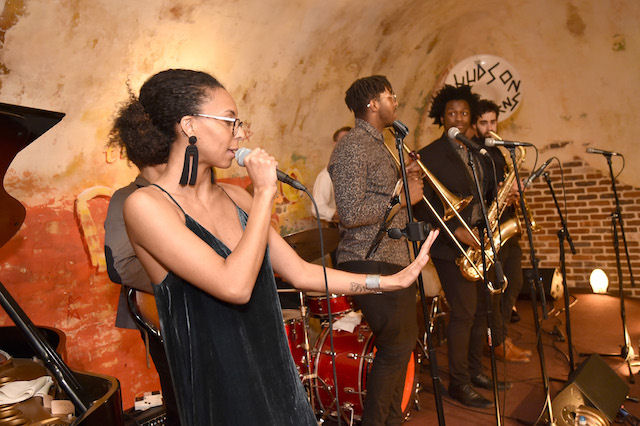 At first, as Benson noted, only Vivienne and the city knew the terrible truth she carried with her. As most New Yorkers will attest, it can “feel like the city is in on all our secrets,” said Benson. She also thought it important to explore the quintessential New York experience of bonding with a stranger through a brief encounter, as Vivienne did with her Lyft driver.

The most highly debated scene, Benson shared, was one where Vivienne gazes out from a pedestrian bridge, and an elderly woman wearing a crucifix approaches, saying she once saw a whale right there in New York harbor. Ultimately, the scene was left in when the team agreed that the woman represents wisdom, experience, religion… and was another example of the way a chance interaction with a passerby can touch you in New York. 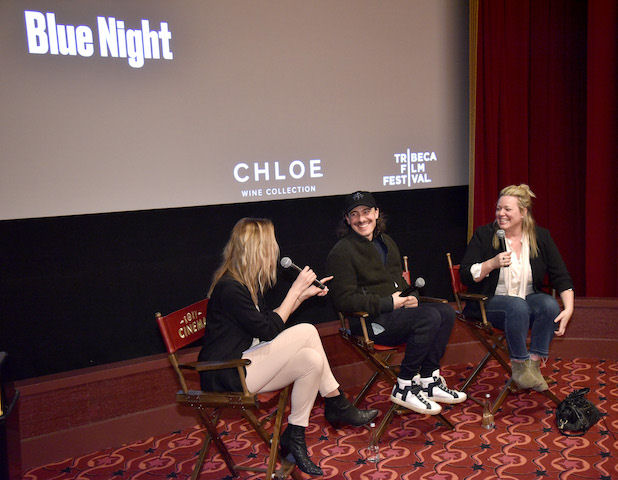 Benson also shared that several cancer survivors told her that the scene when Vivienne leaves the doctor’s office after getting her grim prognosis is keenly accurate. The cacophony of the city — traffic, people, dogs — is still there, but the sounds are dulled and the sights are blurred in a surreal way, as if you’re underwater. The world Vivienne walked out of going into the doctor’s office isn’t the same one she steps back into after that appointment. “We were very proud that we got that right,” said Benson.

The film was shot in 16 days, a blink of an eye in movie time, with Zellweger’s scenes being completed in a single day. Baker flew in from Australia for his part of the shooting, which didn’t take much longer.

Intended to bolster a 9-11 shattered neighborhood, the Tribeca Film Festival has become a prominent vehicle for independent filmmakers of all genres to present their work to a wide audience since its debut in 2002.

The night wrapped with a party in the adjacent, Parisian-style The Django.