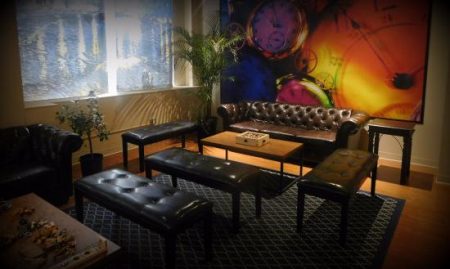 If you want to entertain out-of-town summer visitors, build rapport and cement bonding within your work team, or simply find something memorable and offbeat to do with a group of friends or family, then try one of Escape Entertainment‘s immersive games. We gave Prohibition Pandemonium a whirl, and are still marveling over the inventive clues and unique set-ups presented in the game — most of which we wish we would have noticed sooner. Gamers are given a designated amount of time in a locked room to open a series of locks to boxes, trunks and drawers that contain valuable clues that will lead to their escape before time runs out, and people have to share ideas and their discoveries. 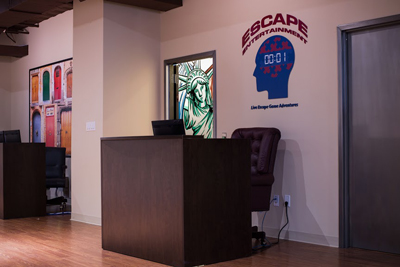 The naturally nosey will flourish in this realm because clues can be found in unlikely places: behind paintings, on glasses, and elsewhere (without giving away too much here). The setting is in Koreatown, so it’s worth having dinner or dessert there before or after the game, which lasts about an hour. Each game can accommodate up to 10 guests or less. Other games include Alien Attack, Manhattan Mayhem, and Master Mind — so choose your challenge. 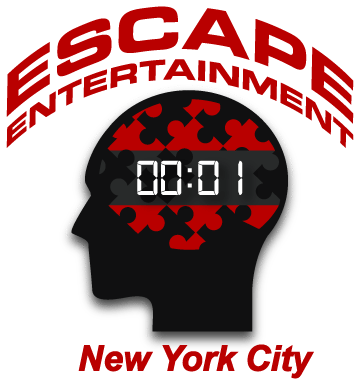 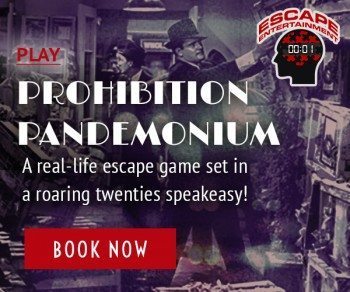