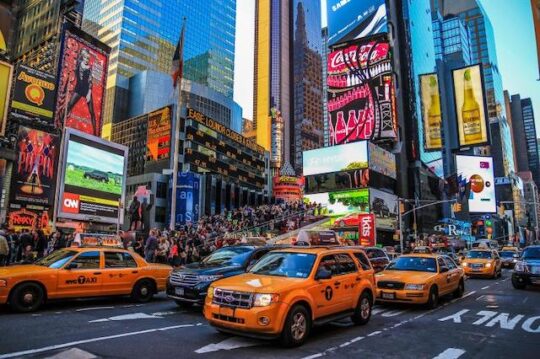 He rode a circus train as a teenager, brought Michael Jackson to Carnegie Hall, and interviewed daredevil Nik Wallenda, who walked a tightrope across the Grand Canyon. If that is not enough, today Eli Marcus is dubbed “The Mayor of Times Square“ for his tourism expertise, which spans almost forty years. Despite his varied talents, few people know the man behind the title. We wanted to find out more about him and get his thoughts about the tourism industry, particularly considering the ebb and flow of the pandemic since March 2020.

“Any time adversity happens you have a choice. You can either roll in the mud and cry, or you can reinvent and invigorate, and find new things,” Marcus said. This positive, can-do attitude is the linchpin of Marcus’s personality, and has served him well his entire life.

Born and raised in Queens, Marcus knew challenging times and developed a strong work ethic to help make money for himself and his family. Marcus said that he “hustled at 12 years old,” balancing part time jobs with school. He became a top selling vendor at Madison Square Garden and spent the summer before college working with the circus on tour and traveling by train. When Marcus began college, he was a worldly person with a broader view of life than many adults. 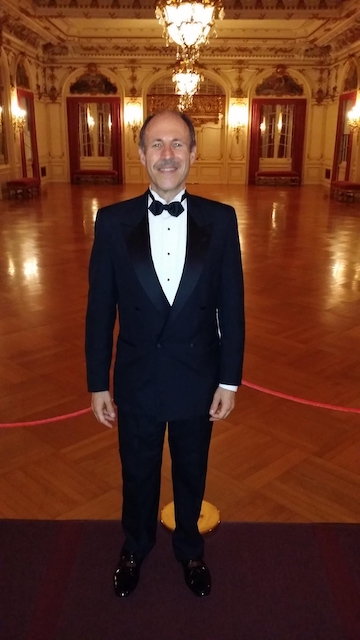 Today, Marcus wears more hats than just “The Mayor of Times Square,” a title bestowed upon him by a Broadway producer who said, “Everywhere I go, you’re there.” Marcus is the Executive Director of City Guide Magazine, www.cityguideny.com, the only large circulation visitor magazine in NY City. He also works tirelessly behind the scenes to bring press awareness to Times Square area restaurants, hotels, and other businesses. Although the pandemic could have caused Marcus to give up on tourism, instead he invented new ways to keep the industry alive.

Marcus launched two Facebook groups called NYC Tourism Industry Professionals, and Everything to do NYC, which grew during the pandemic to nearly 100,000 members. Since March 2020, Marcus has worked tirelessly to ensure that tourism slowly comes back, but he knows it is a long road.

“I think it will take a few years to catch up to where we were. We should be under no illusion, said Marcus. “I think, hopefully by 2024 we will be back to where we were. The reason it will take until 2024 is because we depend on large events, like booking the Javits Center, or the NY Hilton,” Marcus said. “New York is New York, and we are going to get to where we need to get to,” he said.

At this point, Marcus is more focused on helping businesses rebound and eventually thrive, rather than profiting himself. He concedes that he was not always as benevolent.

“When I first started it was all about making money,” said Marcus. He worked at various marketing and tourism jobs, including making thousands of cold calls for the U.S. Chamber of Commerce, to get members to join. His extensive resume also includes a long tenure as the CEO of the Seminar Center, which he founded, developing events for businesses and individuals. Marcus collaborated with numerous celebrities, including, Michael Jackson, who came to Carnegie Hall for an event. Eventually, Marcus realized that making money alone was not fulfilling, and although successful in the tourism space, what he liked was helping other people to achieve their goals. He was also curious about how other people overcame their challenges, so he started a podcast that is aptly named, The Motivation Show, where he selects and interviews a wide variety of guests. 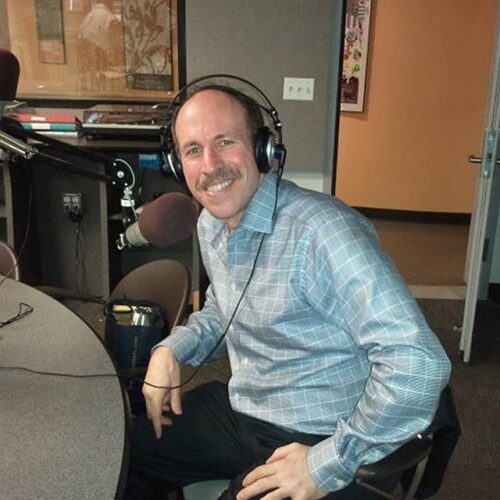 “My other world is as a podcaster. I interview really cool people. I interviewed Nik Wallenda, who walked the Grand Canyon without any safety net. He wrote a book about fear, so I said who can I learn about fear from more than the most fearless man in the world.”

Fear is not something that Marcus shies away from. He believes in feeling the fear and overcoming obstacles. “I myself, I had a painful shyness. I had to reverse that. Most people don’t realize they have an extroverted side,” he said. Talking with Marcus, it is hard to believe that he was ever shy, but it propels him to want to help others.

“Spirituality leads me for sure,” said Marcus. If you can make a difference for somebody, that’s the highest of all highs,” Marcus said. “I believe that I’m not meant to be the guy behind the scenes any longer. I realized that I have a gift,” said Marcus.

“My real goal is to get on professional stages and inspire people. I want to influence people who are down on their luck, people who are shy, have low self- esteem. That’s my calling, I believe,” said Marcus.
Look for Marcus to continue reinventing himself, and for NYC tourism to eventually rebound by 2024. If Marcus is optimistic about tourism, we are too.

He may not actually be high off the ground, but he strives for the high of helping others achieve their goals. Whether it is the tourism industry or individuals seeking success, both are better off with his positive energy behind them.

To find out more about Eli Marcus, listen to The Motivation Show Podcast, and visit, Elimarcussuccess.com.

The Emerson Resort & Spa: Your Destination for Self Care in the New Year