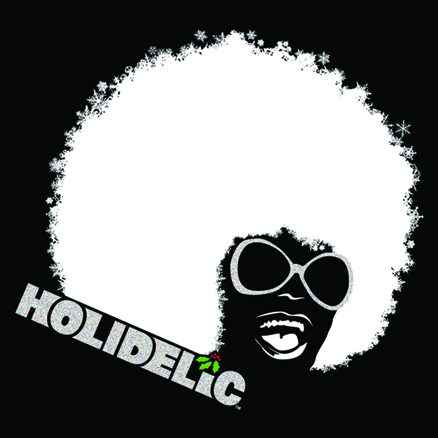 No C (ovid) or V (irus) words here, but F this holiday season stands for Funk!

Fros, flared paints and pulsating beats take the stage this holiday season with the live streaming reinvention of Everett Bradley’s Holidelic Christmas Party freshly directed by Michael Heitzman. The show is free but all generous donations are greatly appreciated with all proceeds going to the SAY Organization (Stuttering Association for the Young), a favorite charity of both Bradley’s and The Lucille Lortel Theatre in NYC. 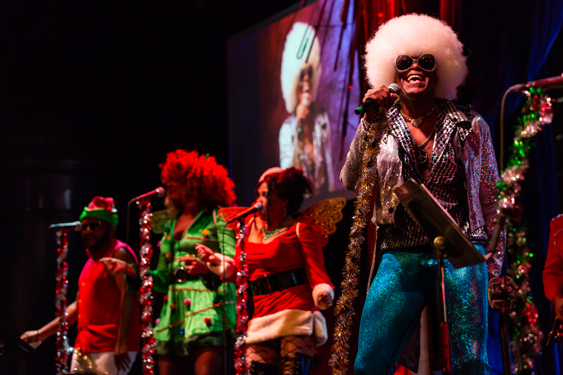 Following is what you need to know…

Bradley’s 2020 production comes in the form of the popular Holidelic: Home With Papadelic. This show will stream live on Facebook and Youtube on Thursday, December, 17th at 8:00 pm EST. Everyone can watch this cosmic, groovaliscious, holiday extravaganza from the safety of your home. The host, Popadelic will be performing from his own home as well. Think of it as a blended cocktail of George Clinton and Santa Claus, who goes to the videotape deck for an engaging strut down Santa Claus Lane, pouring over performances past and heavy on the funk, featuring holiday-themed songs written by Bradley and brought to life by an array of top-shelf noise makers.

“I wanted to create something that would celebrate the idea of being at home, but also the excitement that the holiday season brings,” says Bradley. “To be transparent, this special was actually somewhat inspired by the P word that needs no mention, but I didn’t want to give it any credit. We’re just trying to keep it all positive.” 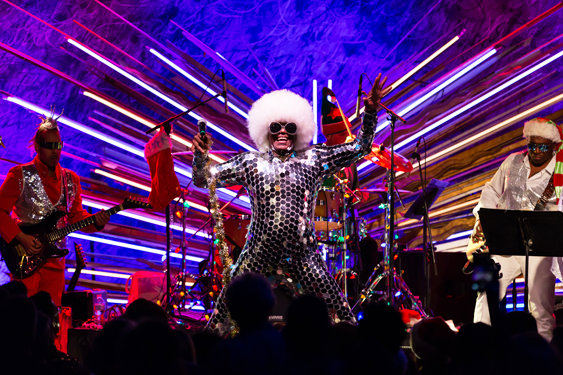 Stepin’ Out In Platform Shoes

Bradley toured with the E Street Band and Bon Jovi as percussionist and backup singer, he has spent years as a respected force on many of the big stages the world over. He was the first American artist to direct and perform in Stomp, which earned him a Grammy nomination, and he won accolades for his role on the creative team and star of Swing! He was a featured performer in Broadway’s After Midnight. Collaborations run the gamut, name-checking folks like Cyndi Lauper, Joey Ramone, Carly Simon, Meredith Viera and Chris Botti. He started Holidelic in 2002, bringing in guests like the B-52s Fred Schneider, Living Color’s Vernon Reid, John Forte, Elmo Shropshire (singer/writer of “Grandma Got Run Over By A Reindeer”), and Celeste Holm.

Note: If you can’t make the live performance, have no worries. The recorded broadcast will remain available online through January 1, 2021.