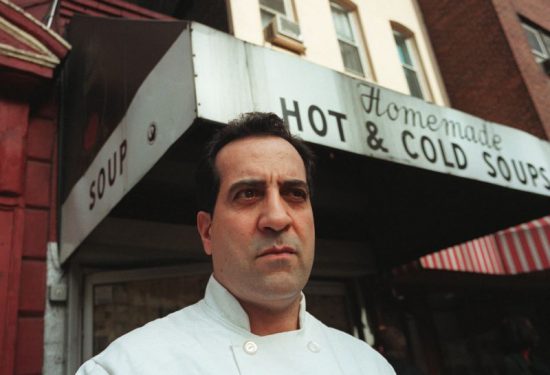 The SoupMan returns to NYC.

I’ll never forget the day when a man yelled at me when I simply wanted a warm cup of soup during my lunch break: I stood in line, a long line, in midtown New York City on a bitter, frigid and snowy day.  It was 1989.

I was standing there just to get a quick ‘something’ to eat for lunch  and rush back to my office before my boss knew that I was away from the desk and the phone in my cubicle.

I visited The Original SoupMan who became infamous as the “Soup Nazi” coined by a comedian, Jerry Seinfeld, way back and I mean way, way back in the day. 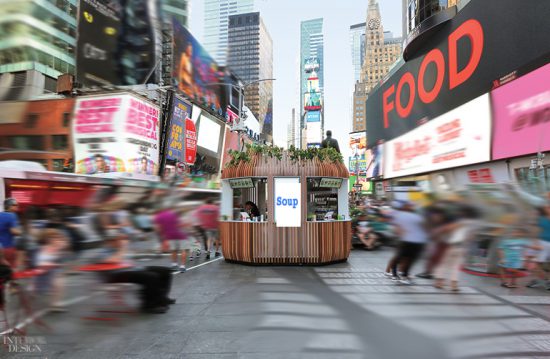 Well…if you are visiting NYC this season, there are plenty of places in Times Square to dine but proceed with caution: The Hard Rock Cafe, Junior’s, McDonalds, Bubba Gump’s and more.

Now you also have the opportunity to sip on soup from another place — The Original SoupMan, made famous for his hard-boiled life and thanks to a popular comedian.  He will be ladling out his soup and barking at people all season long.

Spend your hard earned cash on something to warm you up and throw your bread back at him, if you get it.

The Original SoupMan is opening a kiosk in Times Square on December 13th.

You heard it here first.

P.K. Greenfield is a freelance writer for several publications including Millennium Magazine, Passport, i-Italy, The New Yorker and The Wall Street Journal.