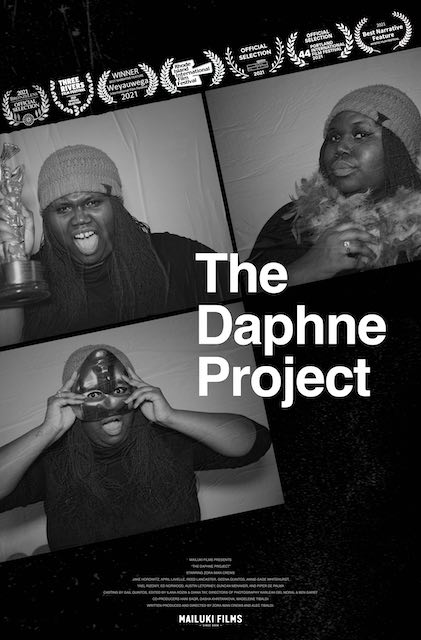 Mailuki Films
Are you seeking the perfect remedy for a sweltering summer day in New York City? Slip into the cool comfort of the Quad Cinema on July 22 to watch an all-white cast of neurotic thespians tiptoeing around African American actress and social justice activist Daphne Wilco (Zora Iman Crews) after she finesses her way into a role in an off-Broadway production of Euripides’ “The Bacchae.”

This farcical mocumentary, written and directed by Zora Iman Crews and Alec Tibaldi, is a comedic ode to New York strivers —delightfully poking fun at the drama, romantic entanglements, and backbiting often occurring behind the scenes of theatrical productions.

Throughout the film, a series of events unleashed by the manipulative Daphne will hold your attention and keep you wondering who she’ll target as her next victim. As the sole woman of color cast member, Daphne takes nothing for granted, knowing that her hustle must be as strong as her hunger for advancement in the theatre world.

The Daphne Project possesses the eccentric New York vibe and style of a Woody Allen film complemented by an unhinged, biting wit reminiscent of Larry David (Curb Your Enthusiasm). It is well worth leaving your safe space to get out and see this absurdly offbeat film.

Famolare: Get Your ‘70s Groove On