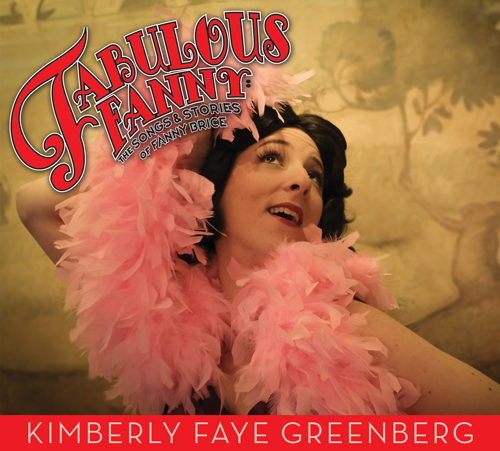 Kimberly Faye Greenberg is a NYC actress, writer, and creator. We asked her 10 questions about her one-woman show “Fabulous Fanny: The Songs & Stories of Fanny Brice.”

#1: Tell us about your show, “Fabulous Fanny, The Songs & Stories of Fanny Brice.” What is the show about?

Fabulous Fanny: The Songs & Stories of Fanny Brice is a solo show that gives you an inside up close and personal look at legendary Fanny Brice. For those that aren’t familiar, Fanny Brice came to fame in the early 20the century. She was one of the first BIG Broadway stars in the Ziegfeld Follies, as well as a film star (you can find some of her films on Netflix). Fanny also had massive hits on the radio, was a comedian and, those in the more mature range, may also remember her as Baby Snooks on the radio for which she played for over 25 years. Nowadays, most people know of Fanny Brice from Barbra’s portrayal of her in the musical and movie “Funny Girl” and “Funny Lady” or the mention of her in TV shows like “Glee” and “The Marvelous Mrs. Maisel.”

Fanny Brice also had a ton of historical significance as one of the backbones of the comedian movement for women and her songs are a huge part of the American Songbook. Her marriages to major individuals of her time left a very dramatic legacy for her name as well. In “Fabulous Fanny Brice” I aim to keep her spirit alive and to help share more truth to her story. The Funny Girl movie and musical were water-downed versions, as well as help to keep theatre alive and entertain and bring joy to the masses which is ultra important in our new covid world.

#2: What made you decide to create the show and how long did it take you to write it?

I had been performing as Fanny in several other productions, including an Off-Broadway show that got me some notoriety. Venues and organizations started reaching out to me wanting more for their patrons, so I created my own show. For the first production my team and I only had a few months to put it together. I would say that it then took about 3 years more to hone what is now the final product. It morphed every time we did a show until we felt like we had nailed it into the production we wanted it to be. So it was a journey and not an overnight success.

#3: Where have you performed Fabulous Fanny in the past?

Fabulous Fanny has been performed across the country from New York/New Jersey to Missouri and Kansas all the way west to Arizona (coming in 2021). We love all our different venues and audiences. They have always welcomed us with open arms. 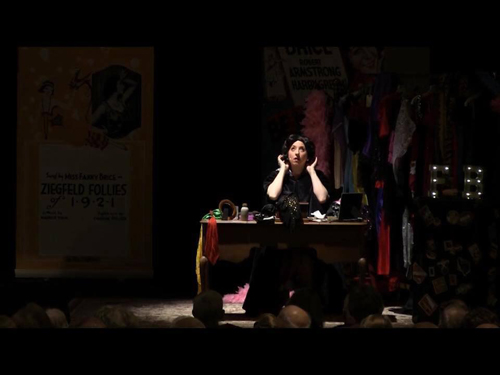 #4: How do you relate to Fanny Brice?

Fanny Brice is a broad with chutzpah. Playing her has allowed me to bring these qualities to my own personality without apologies. I am a big advocate of always being yourself and not who you think others want you to be. This was a mantra of Fanny and I try to live my life the same way.

#5: What is one fun fact about Fanny Brice that most people do not know?

A fun fact is that she was one of the first big stars to get a nose job. Back in the early 20th century she did this to appear less Jewish in the hopes to broaden her appeal. Funny enough even with a nose job continued to be her niche.

#6: Where can we see the show now? Any plans to make it accessible during quarantine?

Yes. While quarantine has been challenging for all artists (we are all basically out of work) has given me the opportunity to take an unforeseen pivot. My show is now available to stream on specific times/dates for about $10. It has been very exciting to bring my show into people’s homes and allow those who have been wanting to see the show (or love Fanny) to watch from the comfort of their couch. It’s also been my pleasure to keep theatre alive during this time even if it is from a device or TV. I hope your readers will check it out. They can visit my website for more info to purchase a ticket to watch it. 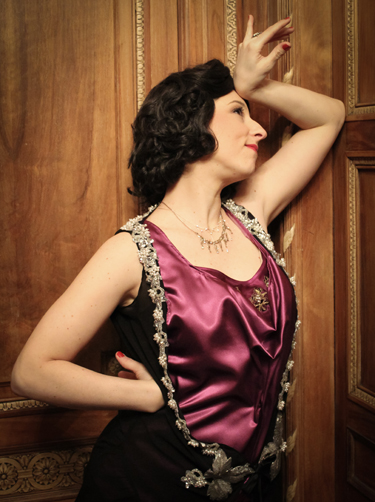 #7: How has quarantine affected you as a performer?

Well, unfortunately as someone who works both onstage and onscreen as a performer and backstage as a Broadway Wardrobe Dresser there is absolutely no work and we will be one of the last industries to come back just due to how the virus is spread. I am doing my best at home to stay as creative as possible and to think of new ideas and ways to expand my talents.

Besides figuring out how to get my Fanny Brice show to a streaming audience, I have been practicing my skills as an on-camera artist by doing self-tapes (which is now the only way to audition since we can’t do in-person auditions) so I can book jobs once projects start to shoot and go into performance again.

#8: How long have you been an actress in New York, and what are some other projects that you have done in the past that you are most proud of?

I have been a NY Performer and Backstage Broadway Artist for over 20 years. Some of my favorite projects include doing two Leading roles in 2 shows at once (and the first and only to do this) in the Off-Broadway shows “Danny & Sylvia: The Danny Kaye Musical” and “One Night with Fanny Brice”. These two shows were integral in my journey as an artist and how I have now spent many years playing Fanny Brice as well as influenced my niche of playing historical women of the early 20th century.

This year I also had a big milestone. I had a recurring role in the HBO Limited Series “The Plot Against America” as Rachel Michelson (the show’s librarian) and while my big scene didn’t end up in the final cut is was massively exciting to be amongst so many great actors doing a historical period piece and being welcomed into the family with open arms. 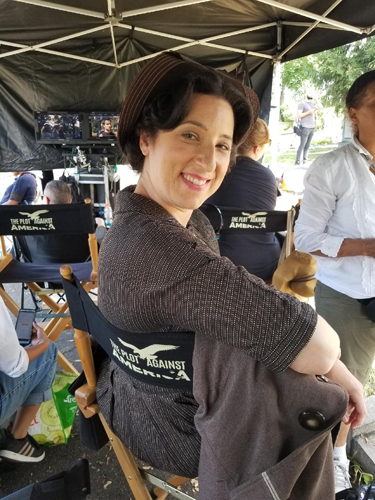 #9: What is your favorite musical and TV show?

Favorite musical: Les Miserables. I can’t wait to do the show. I was recently up to play Madame Thenardier in the most recent national tour. I hope that will get checked off my bucket list in the near future or at some point in time.

Favorite TV show: Shout out to my all-time favorite show that doesn’t exist anymore but certainly inspired me to do what I do now — “Kids Incorporated”. It’s a bit surprising that there hasn’t been some sort of new version of this fun show. It was full of singing and dancing.

#10: Do you have any hobbies or goals outside of acting/singing?

I love to inspire other artists to create and try to achieve their dreams (you can check that out at www.thebroadwayexpert.com). I also love to exercise and test my stamina (I have recently started working with a personal trainer via zoom with some friends/family). I have found that I love it.

It has helped to keep my mind in a positive state during this really difficult time. I also find that it’s very easy to go a bit stir crazy when you are quarantining so finding things you love at home and rediscovering passions or hobbies has been imperative in keeping me in a positive mindset. I’ve discovered that I love doing puzzles. 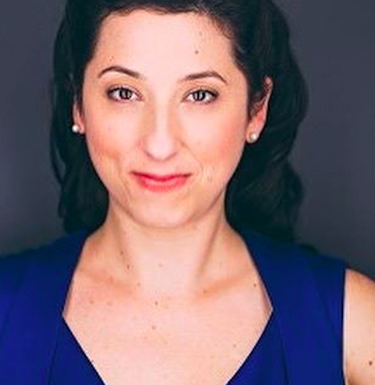 You can purchase tickets to stream the show online at Fabulous Fanny… or on Goldstar.

Learn more about Kimberly at her website: Kimberly Faye Greenberg

Read City Pulse for the latest in the arts, culture, entertainment and events happening in and around New York City as well as online.