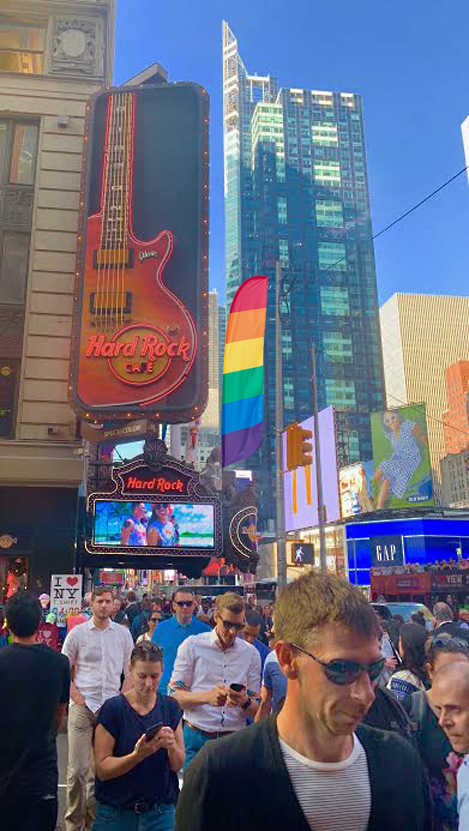 The Paramount Theatre in Times Square opened its doors in 1926. During this time, it was a showcase theatre for Paramount Pictures — a cinema in today’s jargon. It later became a concert hall. Many famous people have performed here including Frank Sinatra, Elvis Presley, Billie Holiday, and the list goes on and on.

The theatre closed in 1964 but remains a landmark building in midtown Manhattan and home to the Hard Rock Cafe. Their impressive collection of memorabilia runs the gamut from a Les Paul guitar to costumes worn by Elton John, Prince, Janis Joplan, etc. Today, their marquee is decked out in celebration of Pride Month 2019. 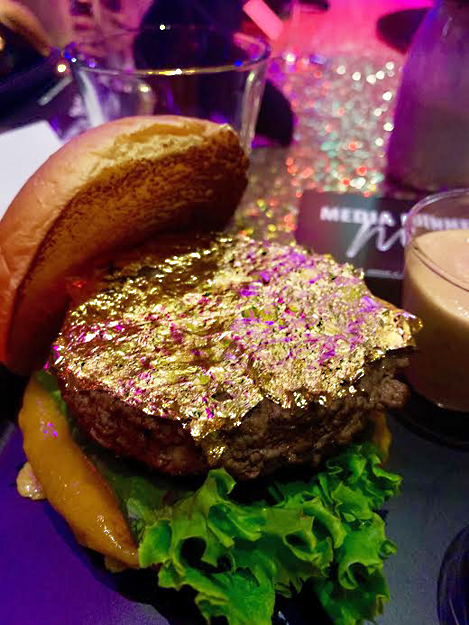 The restaurant is currently offering a new menu including a classic American burger made with edible gold..  The 24-Karat Gold Leaf Steak Burger will be available at all New York locations including Times Square and Yankee Stadium.  The new menu will debut on Friday, June 14th at all Hard Rock locations around the world. 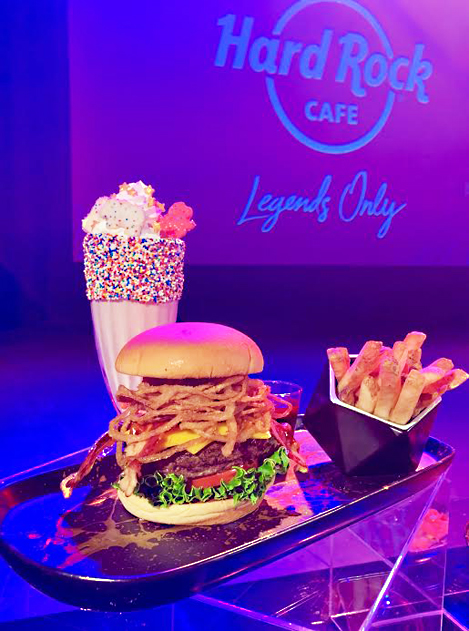 The company has venues in 73 countries and Hard Rock International is one of the most globally recognized companies. It all began with guitar owned by Eric Clapton, To this day, Hard Rock owns the world’s most valuable collection of music memorabilia, which is displayed at several locations around the world.

This menu includes the Original Legendary Burger, BBQ Bacon Cheeseburger and new shakes that are made with various spirits or without alcohol. 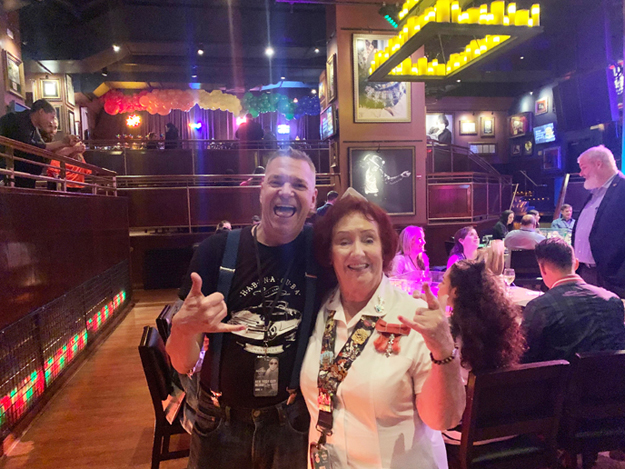 Hard Rock is also known for its fashion gear and music-related merchandise. The company also owns, operates and franchises restaurants in multiple cities including London, San Francisco, Sydney and Dubai.

Rita (above) was one of the first servers to join the company.  She hails from Liverpool in the U.K. (home of The Beatles) and began her career in hospitality at the Hard Rock in London in 1971.

The Most Unique and Coolest Handbags