OK, I’ll admit it. I was that girl. You know, the one in line at The Waverly Inn, Buddakan, The Spotted Pig, and any other hip new “it” restaurant that the city served up to me on a silver platter. Dressed to the nines, I elbowed my way through the doors of such venues, past the snobby hostesses and beyond the patronizing servers, only to spend an exorbitant amount of money on small bits of prettily-plated cuisine, and – at the end of it all – I still convinced myself that the entire event was worthwhile. Even though the food was sub-par, the prices were sky-high and the occasion was far from relaxing, somehow, being part of the “see and be seen” scene was enough for me.

“Was” being the operative word.

Staying afloat in the sea of the never-ending Manhattan restaurant openings has lost its luster after all these years. At this point, I’m as unimpressed with the glitzy, pretentious exteriors of such establishments as I am with the crowds that flock to them. I’m tired of all the effort that it takes to look – and play – the part of a savvy New York City foodie. What I want is high-quality, reasonably priced food and relatively un-snooty folks serving it to me. I’d like my dining experiences to be pleasurable, not a battle. Novel idea, eh?

My, how I’ve matured!

Such desires have forced me out of my Manhattan bubble – straight into Brooklyn. The borough still has its fair share of trendy spots, but for every over-crowded Peter Luger or Al di Là , there are three dozen hidden gems full of friendly staff, cozy ambiances and affordable, delicious food.

And there’s one restaurant that can take full credit for initiating my adoration of all things Brooklyn.

Venturing just outside the hip Fort Greene section of the borough, I happened upon an unassuming Clinton Hill spot called Kush (17 Putnam Avenue, kushcafe.com). After only one visit, I was completely enamored – the restaurant has become my version of Cheers, where I am warmly greeted by the servers and managers, owner and head chef Samuel Beket (known to his loyal following as Sammy) welcomes me with a kiss on each cheek, and I am as comfortable within Kush’s walls as I am during a family dinner at home.

And the patrons at Kush are as inviting as its employees. You’ll find yourself conversing with the folks seated to the left and right of you – among them, community residents, artists, musicians, even celebrities (Entourage star Adrian Grenier and hip-hop artist Mos Def are just two of the restaurant’s famous regulars.)

Kush touts itself as serving “French Pan-African” cuisine, but the menu is as eclectic as the warm décor and ever-changing art installations on the space’s walls. There’s definitely something for every palate – from meats to fishes to an impressive collection of vegetarian options, along with a massive selection of fantastic wines to choose from. And did I mention that not one entree is priced above $20?

A native of the Ivory Coast, Sammy studied at the prestigious Institute Culinaire d’Orlean in France, lived in Canada, and – in 1992 – became a resident of Clinton Hill. As a member of the neighborhood, he watched the area change through the years, and realized that the locals needed somewhere original and fresh to dine. He wanted to give people a new spin on African cuisine – and his vision was complete with the opening of Kush in late 2004. Since its inception, the spot has been abuzz with Manhattanites and locals alike.

My personal favorites are the Bouillabase, Salmon Creole, Poisson a la Braise, Kush Salad and Vegetarian Wot, but my carnivorous friends cannot get enough of the Roasted Duck, Ribs, or – the house favorite – Couscous Royale. I could wax poetic about the details of these seemingly simple dishes (Sammy touts himself as a “sauce man,” transforming each plate into something of a miracle for the palette), but just trust me – anything you order is going to be phenomenal in that “I-can’t-put-my-finger-on-precisely-why-but-this-is-fantastic” respect.

And, as anyone who frequents Kush knows, Sammy cooks with love, and you literally ingest it with every bite. He would have it no other way.

It's a Green, Green World Part One: Green on the Go 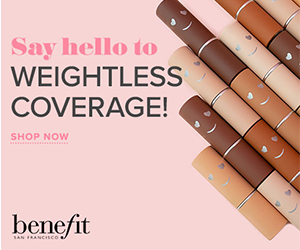