I was first introduced to Basil Twist at HERE, when he performed his family’s legendary business of puppetry with Joey Arias – the production was mind blowing — it was a spectacle that was impossible to forget. 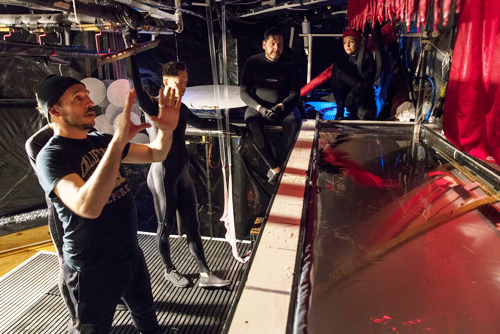 Basil is carrying on the tradition and reinventing the art of puppetry with many creations including “Symphonie Fantastique.”  Now playing at HERE in Greenwich Village.

This show has been extended several times but must close on September 2nd. 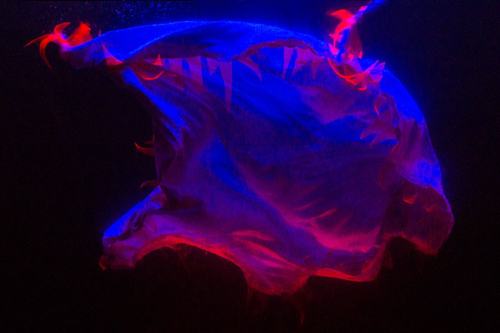 The music is based on Hector Berlioz’ piece with the same title — a revolutionary score from 1830. The script takes the classic score, played by the talented musician Christopher O’Riley, to another realm. These two artists meld very distinct art forms into something that rarely graces the stages and creative scene in NYC.  HERE is a small space packed with ingenuity.

This is opposite of money-making, tourist traps on Broadway and has a soul aside from the bottom line.  It’s New York performing at its best: Real, raw and something to wrap your brain around. 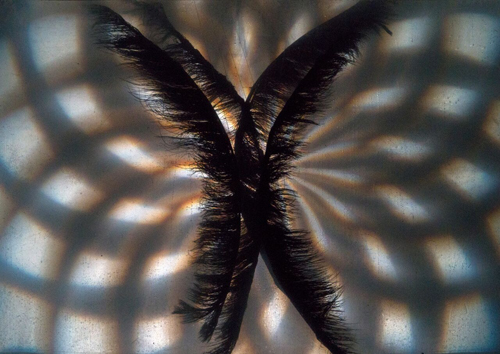 Feathers are incorporated in this vignette

A native of San Francisco, Basil Twist is a third generation puppeteer who lives and works in NYC and is the sole American graduate of the Ecole Superieure Nationale des Arts de la Marionnette in France.  In American lingo, he is the antidote in this current-day, misguided yet prescribed toxins of video games, Anime and social media — his contribution to the arts are real, raw and live. 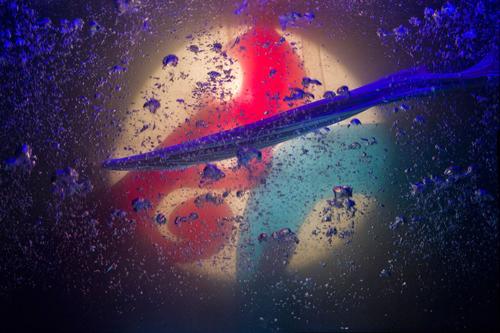 The majority of this piece takes place under water

Symphonie Fantastique is in its final weeks and must close on September 2nd.

Now is the time to take advantage of this magical production according the The New York Times and WSJ,  however, this experience should not only be availiable to the elite, educated and wannabes.

The HERE doors are open to everyone.

Read City Pulse every month for insider tips on what’s happening inside and around NYC.