You have one week left to see this incredible show at Theater for the New City in the East Village, which provides plenty to think about and is reasonably priced. Crystal Field, the theater’s Executive Artistic Director, presents Strindberg’s “The Pelican” and “Isle of the Dead” as part of the Strindberg Rep’s core resident theatre company’s offering.

After their success with The Father in TNC’s DreamUp festival, the group has received glowing reviews that laud Natalie Menna and Brad Fryman for leading a superb cast, and Robert Greer for his translation, which retained much of the dramatic flair typical of Strindberg’s dialogue (while avoiding a melodramatic feel). 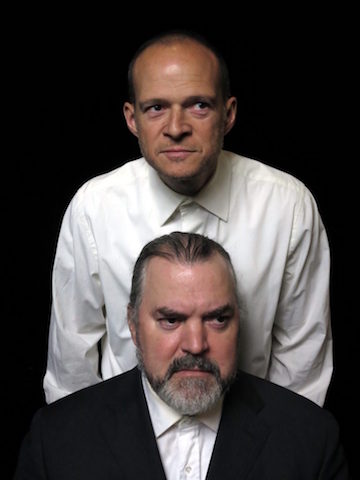 “Isle of the Dead” — Brad Fryman and Gabe Bettio. Photo by Jonathan Slaff.

In “Isle of the Dead,” which runs 90-minutes, a middle-school teacher who has died in his sleep awakes to find an enlightened spirit next to him. The spirit tries unsuccessfully to explain to the teacher that he no longer need concern himself with such mundane matters as grading papers before class. The spirit instructs the teacher to watch a play with him… and the play is “The Pelican.” 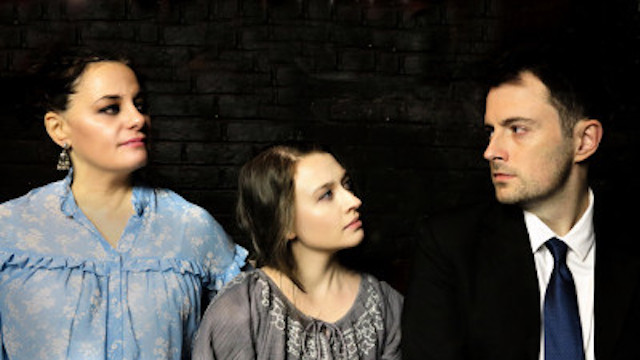 Then, in “The Pelican,” a vivacious young widow has eyes for her newly-married son-in-law. The moral turpitude of the situation drives her son to drink. Throughout her children’s lives, the selfish widow denied them food and firewood, unwilling to “squander” money that she is actually stealing for herself. The son finds a letter from his late father recounting her cruelty — so, how will he avenge her betrayal? The play’s title comes from an erroneous myth of nature: the mother pelican feeds her chicks ground-up fish from her beak, but in earlier times, this was thought to be her own blood, making the bird a mistaken example of charity and sacrifice. In a wicked note of irony, the mother was honored with verses about the pelican’s sacrifice at her daughter’s wedding. The production is set in 1927, twenty years after the play originally premiered in Sweden.

Theater for the New City
“The Pelican” and “Isle of the Dead”
by August Strindberg / directed by and translated by Robert Greer
February 7 – February 22 * Wednesday – Saturday at 8pm, Sunday at 3pm
155 First Avenue, between 9th and 10th Streets
NYC 10003
(212) 254-1109
https://theaterforthenewcity.net/?vh_show=the-pelican-and-isle-of-the-dead

Zen A.M. at the Theater for the New City Will Enlighten