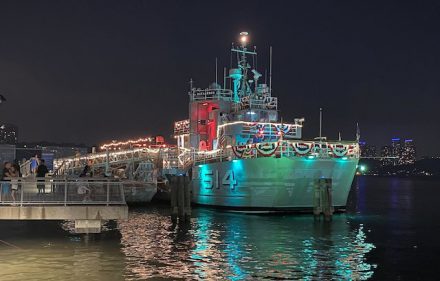 If you want to feel like you are on a cruise to nowhere while dining outdoors, especially for Labor Day weekend, check out the Baylander Steel Beach restaurant before the great weather ends. On this former Navy ship, the views are spectacular, the atmosphere is casual, and the food is like an upscale picnic. 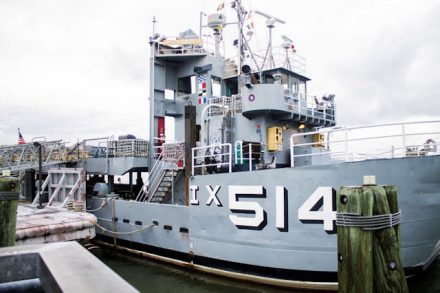 Docked at the Harlem Piers on West 125th Street, the Baylander Steel Beach restaurant is on a Vietnam-era decommissioned U.S. Navy ship. The name Steel Beach is a nod to what the Navy called the ship’s deck, where they often held parties. During the war, the ship was used to move men and materials, then later, it was used to help train helicopter pilots to land at sea. Before it became a restaurant, the ship, which retains much of its original equipment and vintage configuration, operated as a museum where the public could learn about naval history. 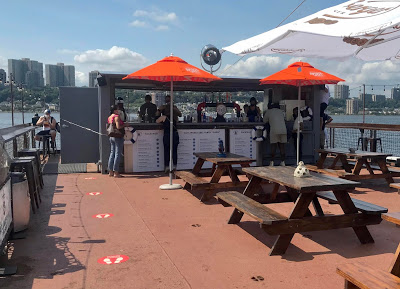 Now you can hop aboard, escape the city, and feel as if you are having a high seas picnic. Just place your food and drink order at the bar and wait for your handheld buzzer to go off. Pick up your food on a tray at the kitchen window and enjoy. The process is simple and fast so you can spend your time leisurely eating and enjoying the scenery. 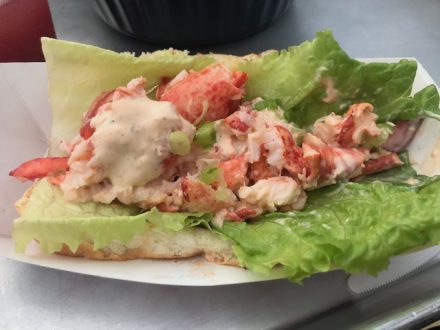 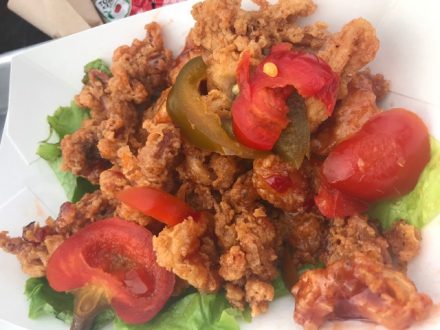 We had the Angry Lobster Roll, Firecracker Flash Fried Calamari, and a Steel Beach Burger, all served in red-and-white checked cardboard baskets. The portions are not large, but the food is well seasoned without being heavy handed, and perfectly accompanies any cocktail on the menu. I tried the Big Apple Frose, a combination of Rose wine, applejack, and frozen, pureed berries. It was just the right frozen and refreshing consistency that will not give you a brain freeze. 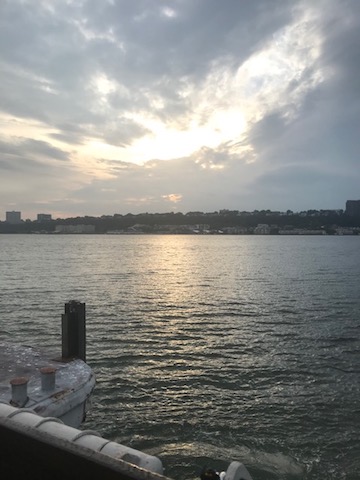 Reservations are currently only for parties of four or more, so for smaller groups, just head over and grab a stool at the counters facing the water, which are really the best seats in the house. Masks are required and temperatures are taken before entry. Social distancing is also enforced.