A hilarious show with a dude in a dress fills big stilettos at the Marquis Theatre on 46th Street.

The story of ‘Tootsie’ has come a long way since Dustin Hoffman donned a red wig, scarlet dress and teeth veneers that created his peculiar, southern accent in director Sydney Pollack’s, zany and prescient movie of the same title in 1982. 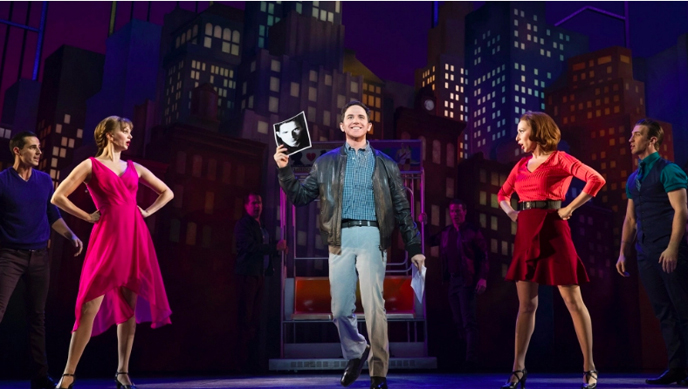 Santino Fontana as Michael Dorsey/Dorothy Michaels
Tootsie on Broadway takes the story out of the decade of big hair and ‘rad’ attire and updates it for today’s audience.

While the glass ceiling for women is still looming just overhead, the plot of this Tootsie acknowledges it with the actor Michael Dorsey who imposters himself as a woman, Dorothy Michaels aka Tootsie — just so he can land a job. The setting of this musical is present day New York City as the story develops between his/her family life and career. 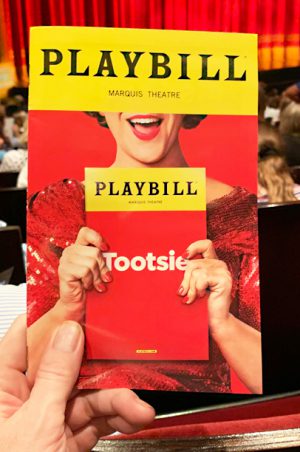 Marquis Theatre in the heart of Times Square

This Tootsie has higher goals than a job on a soap opera. She lands the lead role in a show based on Romeo and Juliette titled ‘Juliette’s Curse’. Juliette has been resuscitated and falls in love with Romeo’s hunky brother. [There is a lot of inside humor of people in the business called Show].

Where the movie dips its toe into cross-dressing camp and the awkwardness of an obvious man in a dress, Tootsie on Broadway surpasses the tepid attempt to bring a movie to the stage — this production does silver screen to Klieg lights flawlessly. 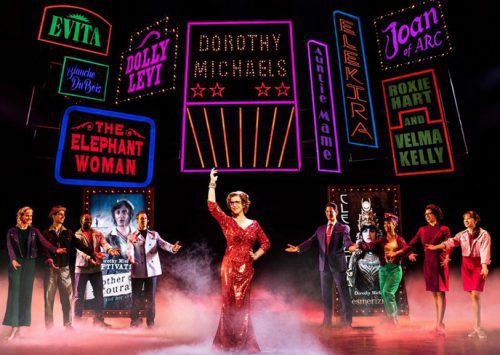 Tootsie is a hilarious romp with music and lyrics by David Yazbek and book by Robert Horn. The musical is based on the 1982 comedy of the same name written by Larry Gelbart, Barry Levinson, Elaine May and Murray Schisgal from the story by Gelbart and Don McGuire.

Kudos to the entire cast and crew with nod and a wink to Santino Fontana (Tootsie) and Julie Halston (Rita Marshall).

The two-time Tony award winner is currently playing at the Marquis Theatre.

The Temperature Is Stifling, So Is Your Style Simmering?