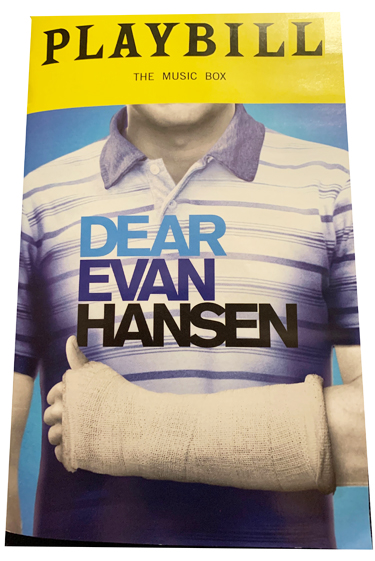 A Show For Every Parent And Teenager

The backbone, skeleton and soul of great storytelling is what every writer wants to achieve.  Dear Evan Hansen hits the bull’s-eye on a dartboard after throwing many darts to developing the plot as well as letters and words on a blank page that give the book credibility.  There is good reason for the cult following and avid fans of this musical.

This production has been performing since 2016 at the Music Box Theatre on 45th Street just off of Times Square.  This show hits the mark not only because of the vocals and score, but also due to the direction, scenic design and performances by the perfect dream-team of actors, musicians and behind-the-scenes crew. 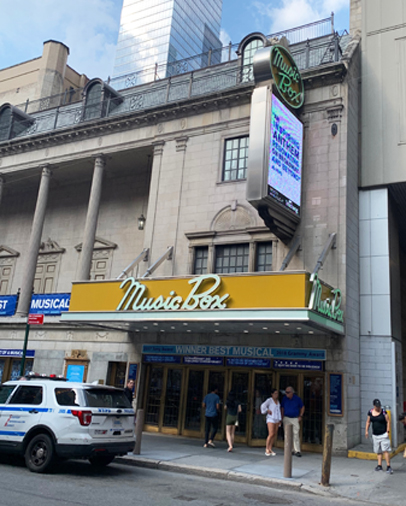 The Music Box theatre was designed by Howard Crane.  The building was constructed by Irving Berlin and producer, Sam H. Harris. It has been home to many plays and musicals since 1921.

“Dear Evan Hansen” hits home with every teenager and parent because it strikes a chord with every member of families who have dealt with angst, psychiatry, pharmaceuticals, secrets and the aftermath of tragedy.  The reason why people return to this theatre and show is due to the raw and real situation of a young man who tells lies and pays the consequence for them. There are many life lessons with a backstory on reality – the complicated web of modern day families. 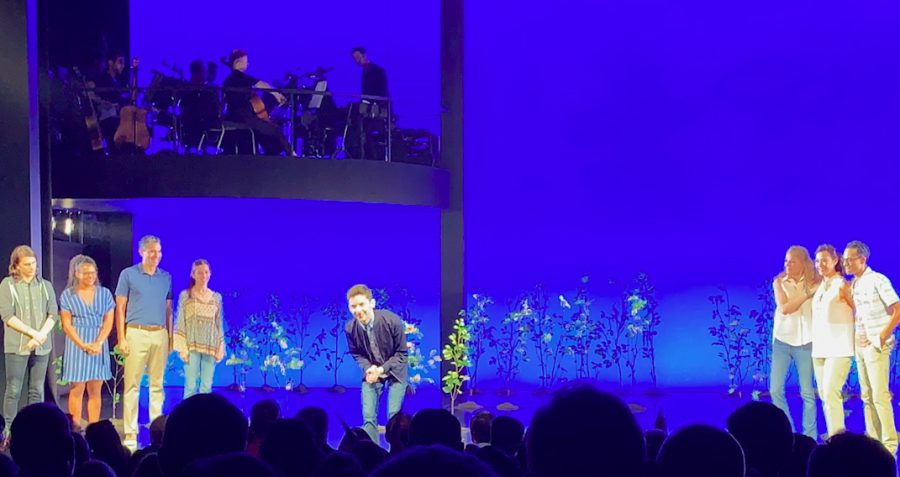 Ben Blatt, who won the Tony Award for his performance and creation in the lead role as Evan, is currently performed by the equally talented  Andrew Barth Feldman (above). This 17-year-old performer fills not only the shoes but also the cast arm of the character. His voice has a range from tenor to falsetto and his maturity and range of emotions move the story forward with unmeasurable depth.  He gives a breathtaking performance that shakes the rafters of the Music Box Theatre. There are nuances that the audience comprehends during the complex and emotional tale with a roller coaster ride based on a factual story.

It’s not just a cult following, it’s a production made with sheer perfection on every level, and this is why the show continues to perform with a line cueing up outside of The Music Box theatre.

This is Broadway at its very best with a message that every family should witness.

Dermarchelier: A Revolving French Menu to Wind Down Your Summer

Hear His Music? See His Wardrobe!