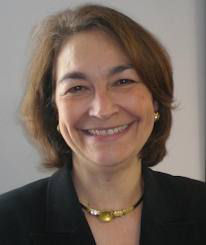 As we celebrate Women’s Equality Day on August 26th, Women We Laud tips our hat to the woman who has helped to ensure that hat represents whatever career we want it to—from a ballerina to a doctor to a chef to a construction worker: Terry O’Neill. President of the National Organization for Women since July 2009, O’Neill has spent the better part of her life fighting for our right to equal treatment and equal pay under the law.

A former law professor, O’Neill taught feminist legal theory and international women’s rights law at Tulane in New Orleans and at the University of California, Davis. O’Neill’s feminist activism started in the 1990s, when she fought right-wing extremists in the South. She is the past president of Maryland NOW and served on the NOW National Board on two occasions; she was also NOW’s vice president from 2001 to 2005.

As president of NOW, the NOW Foundation and chair of the NOW Political Action Committees, O’Neill has taken on the three entities’ multi-issue agenda, including stopping violence against women, advancing reproductive rights and justice, promoting diversity and ending racism, winning lesbian rights, ensuring economic justice, ending sex discrimination, and achieving constitutional equality for women.
On Aug. 22, O’Neill spoke at the Black Women’s Roundtable and Black Youth Vote event in honor of the 50th anniversary of Martin Luther King, Jr.’s “I Have a Dream Speech,” saying: “This war on women is being waged by a very thin slice of ultra-wealthy, ultra-resourced, ultra nut bar, right-wing ideologues that the vast majority of people – men and women in this country – do not agree with … We know what we’re up against, and we’re going to win this, because we’ve already won the war of ideas, and now we have to go out and win some elections.”

The Washington Post said that O’Neill has “campaigned to reenergize what she called an outsider strategy of ‘tapping into energy and outrage’ felt by grass-roots feminists across the country over ‘the ground we lost’ during the Bush administration.”

Now that the Bush era is over, O’Neill feels it is the privilege and responsibility of women to stand in unity to elevate the issues that are most important to gaining women’s equality in the U.S. and abroad.

Get a NuFace at the Hotel Bel Air Spa