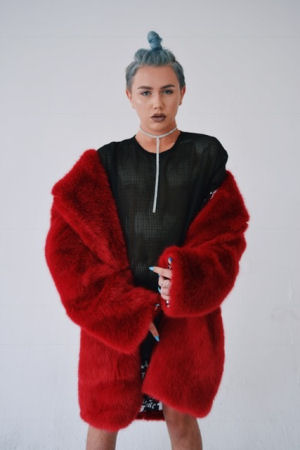 At only 19 years old, Matt Sarafa has accomplished more as a fashion designer, and entrepreneur, than most adults. A veteran of Project Runway: Threads, and season one of Project Runway: Junior, Matt has gone on to show his designs at New York Fashion Week, and recently at Paris Fashion Week. With no limit to his career, we wanted to find out how he became interested in designing, what drives Matt’s creativity, and what is in store for the future.

Matt first became interested in designing at seven years old, when he watched marathon episodes of Project Runway with his mother, who was recovering from surgery at the time. “I turned to my Mom and said, ‘I think I can do this,’” Matt said. His mother enrolled him in sewing classes, and he practiced with his grandmother.

“I started out learning to sew by making pillows and pajamas. The first dress I ever made was this blue satin ball gown. Now that I look back it was so ugly,” said Matt. But at the time, he thought it was fabulous, and so did his family. Matt’s family supported his creativity and passion for designing which, he credits as the foundation for his success.

As well as designing, Matt also became interested in doing makeup tutorials and showing his designs on Youtube. Eventually, he became a teenage designer on Project Runway: Threads in 2014, and Project Runway: Junior, in 2015. 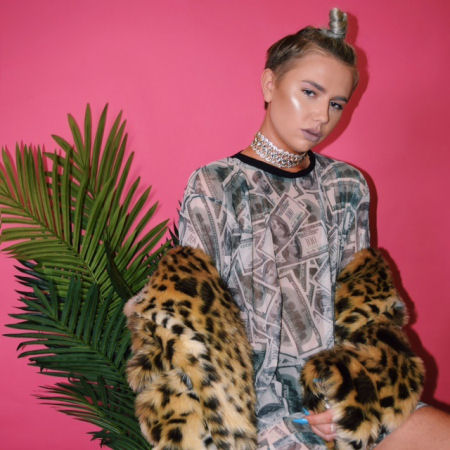 The Project Runway shows were a long way from that blue satin ball gown, and they helped launch Matt in his career. He went on to show a full collection at Cleveland Fashion Week, and after that he was asked to present at New York Fashion Week. Now he has a website featuring his clothing line called Fake, that is based upon the Social Media phenomenon that everything is not always what it seems. The collection includes glitzy, edgy and shiny pieces that express Matt’s personality. “I wanted it to scream, ‘Matt Sarafa,’” he said.

Matt also wanted his collection to reflect luxury, and it does. The Fake collection includes some stunning faux fur coats that I personally adore. They are luxurious, high quality pieces that look like real dyed fur. I need one! 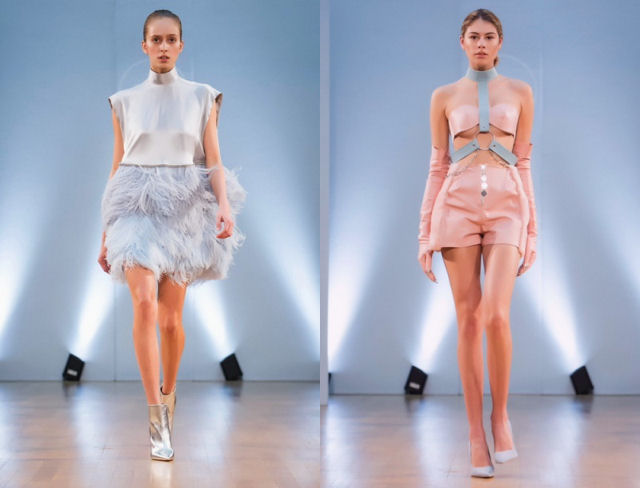 Matt’s new Roleplay collection was recently presented at Paris Fashion Week. It is a spring/summer collection, inspired by the stereotypical baby colors of pink and blue. Matt said that the collection is a commentary on the blurred lines for gender roles today. 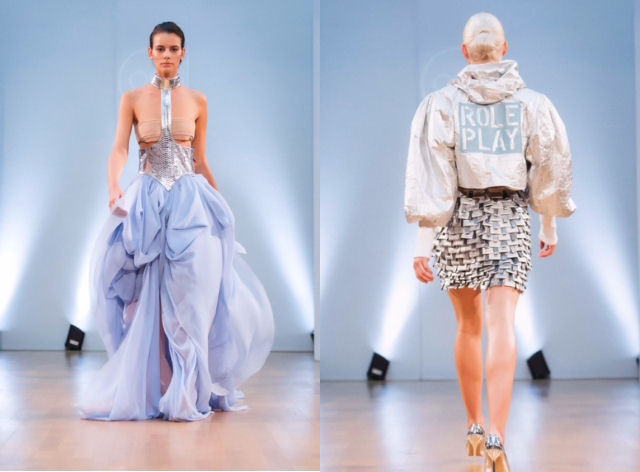 As for the future, Matt is a sophomore and full time student at UCLA, while also working on some big projects, including a book and television shows. He said that these projects are top secret for now. It’s hard to imagine how Matt could be any busier. “Right now, I’m just rolling with the punches,” he said.