Since ancient times, the gemstone industry has changed, evolving from a cottage industry to an industry that is now worth billions of dollars. The reason? The discovery of new gemstones… some are rarer than others, but all are worth their weight in gold.

The first time a person sees a gemstone, they most likely assume that it’s a type of “rock,” made from pure, uncut gems. Gemstones are actually colored minerals with a special crystalline structure that makes them appear like a gem. In most cases, gemstones are made from a combination of several minerals. Quite a few different minerals can comprise a gemstone, but the most popular ones are these, many of which will likely be familiar to you: 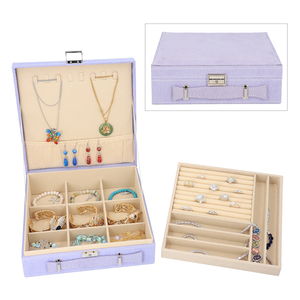 When it comes to sapphire value, the bluer the better. That, of course, excludes all other sapphire hues. Sapphires come in a wide range of colors, but the stone is most known for its vivid blue color. Asterism-bearing star sapphires are among the rarest of this type of stone. Kashmir sapphires are exceedingly uncommon, as the mines in the Himalayas have been depleted for almost a century. The Kashmir sapphire has a silky smooth cornflower blue because of very tiny inclusions. One important thing to be careful of with this stone is that you need to avoid scratches on its surface. For this, we suggest you consider investing in a jewelry box to keep your sapphire jewelry safe from wear.

The blue topaz is a naturally yellow topaz that has been heated to get its brilliant blue hue. Blue topaz is available in a variety of shades, with Swiss blue being the lightest and London blue being the darkest. The blue-green topaz, on the other hand, is halfway between the two. Any color of blue topaz might be used as a substitute for more expensive blue gemstones.

Seafoam would look like aquamarine if it could crystallize. The stone is a beryl, similar to emerald, except it is cleaner and has less imperfections. The clarity of an aquamarine can boost its value.

The ruby is only available in red, yet each shade is distinct. Rubies, like sapphires, are a type of corundum that can show asterism. The more red the Ruby is, the more precious it is. Pigeon’s blood rubies, which are deep crimson with a touch of blue, are the most uncommon.

There is no such thing as a “flawless” emerald. Its inclusions give it personality and tell a tale about how the stone came to be. Inclusions, on the other hand, should be thin and linear, with no bubbles or severe cracks. The more valuable the emerald, the deeper and richer the green.

Peridot was a popular gemstone in ancient Egypt for warding off evil. Peridots with a higher lime content than olive are the most precious. Peridots are transparent and extremely refractive, so keep an eye out for little black spots, which are common in this gemstone. 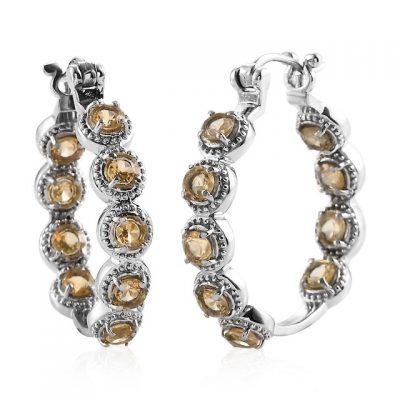 Citrine is a stone for both Virgo and Libra since it is sometimes yellow and sometimes orange. Honey and sunshine-like hues give the user a bright radiance. If you want your citrine to be brilliant orange or yellow, avoid brownish citrines. 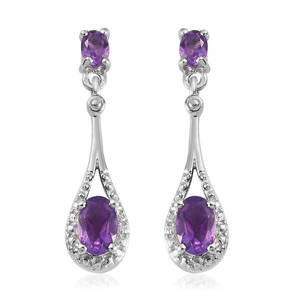 Amethyst is a mysterious and significant gemstone having symbolic importance in ancient religion, nobility, and medicine. The stone is thought to aid emotional regulation and assist the user in resisting temptation. The most precious amethysts are dark, royal purple amethysts. These stones look brilliant on jewelry, such as amethyst earrings.

Raw, uncultured pearls are the rarest of all. These are often off-white in colour and have a more irregular form. The majority of pearls are cultivated, and naturally occurring pearls are becoming increasingly scarce. Another milky-white stone with a similar significance to the pearl is the moonstone.

The beautiful black onyx is a layered stone or a kind of chalcedony used for engraving. In terms of setting or design, these diamonds have a one-of-a-kind value. Black onyx is frequently etched, utilised in cameo jewellery, and put in elaborate settings. This is the kind of gemstone you’d expect to find on stylish mens bracelets.

The watermelon tourmaline contains a layer of green, white, and pink, just like its namesake. The electric blue Paraiba tourmaline is the rarest of all the tourmaline hues. The watermelon stone, on the other hand, is one of the most intriguing tourmaline varieties.