The White Light Festival celebrates their tenth anniversary this year with productions in 8 different venues across the world and New York City. The Festival’s mission is to help us unplug from our electronics and reconnect to our inner lives through art. Technology was supposed to bring us together but is often responsible for creating rifts within society.

“This 10th anniversary edition emphasizes that the elevation of the spirit that the arts inspire, unites us and expands who we are.” says Jane Moss, Ehrenkranz Artistic Director of Lincoln Center. 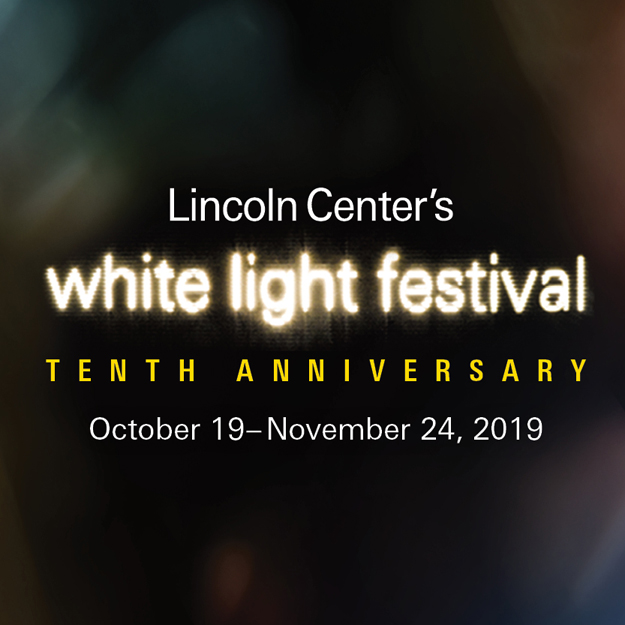 As part of the festival, DruidShakespeare: Richard III from Ireland’s Druid Theater Company is currently staged at the Gerald W. Lynch Theatre.

The classic tale explores the darker side of human nature and the destructive aspects of the unbridled greed and thirst for power of its main character: King Richard III.

The story begins in England in the early 1480s, during a time of civil war in which two royal houses, the House of York and the House of Lancaster seek control of the throne. While a momentary peace seems to be at hand within the reign of Edward, Richard’s intention to usurp the throne is revealed in a soliloquy during the opening scene. The production stars Aaron Monaghan who gives a remarkable performance as a villain imbued with a sinister comedic twist that entertains and makes everyone laugh as he plots his crimes. In spite of his clownish aspects, we are repeatedly made aware of his evil side every time a victim is ruthlessly executed under his orders. 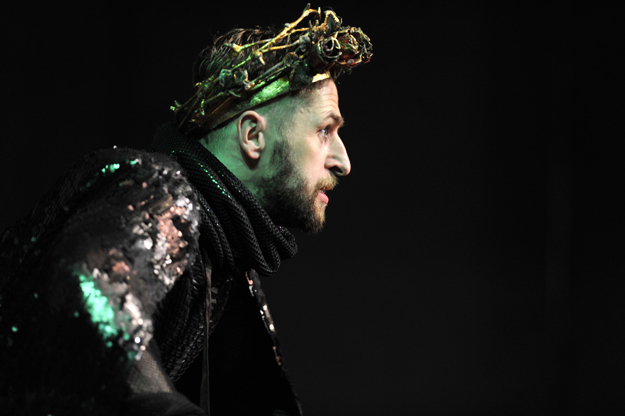 This production is excellent with a cast of professionals who deliver a story that transcends time. (A house divided and the conniving ways of some power hungry people to get to the top). This journey portrays characters that we all can relate to with a script translation that is clear and understandable even if you are not a Shakespearean expert. 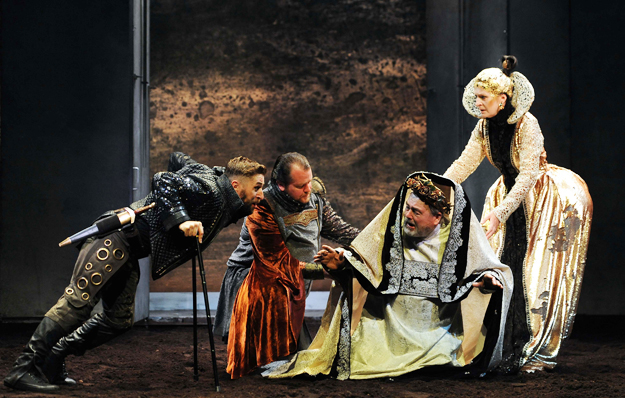 The visuals are one of my favorite aspects of this Richard III production. Sparse and austere, the stage is illuminated with modulated lights to create the chilling atmosphere of various scenes. The color palette for the scenic design is metal based with bronze, copper, pewter and silver to reinforce the starkness of human emotions. The costume with gold embroidery worn by the Queen dazzles as she makes a dramatic entrance. All of the costumes are on point. 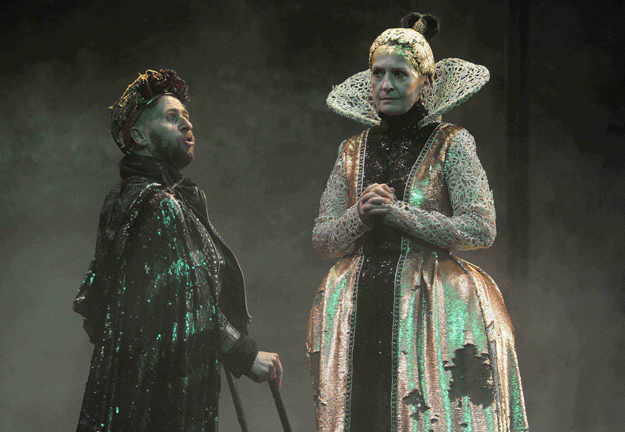 Several parts of this staging are modern. For example, the use of a pistol connected by a string to the wall is symbolic to kill the victims executioner-style with a bullet in the head accompanied with the sound effect of an automatic weapon in a gangster movie. Some crime scenes are quite gruesome — one of the bludgeoned victims soaks in blood after he is thrown in a barrel. 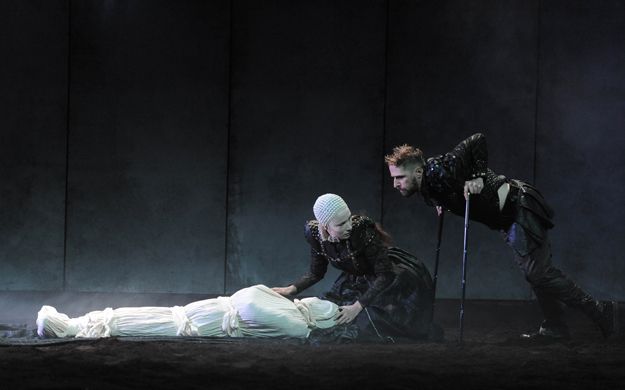 The White Light Festival offers opportunities to meet with the creators of the show with pre and post -performance discussions as well as a special panel moderated by John Schaefer.

White Light Lounges follow many performances: these receptions are exclusive to White Light Festival ticket holders and provide opportunities to mingle with artists and fellow audience members while enjoying a complimentary glass of wine or sparkling water.

Tickets for the 2019 White Light Festival are available online at WhiteLightFestival.org, by calling CenterCharge at 212.721.6500, or at the David Geffen or Alice Tully Hall Box Office (Broadway and 65th Street).

The White Light Festival is one of many programs offered by Lincoln Center. Additional presentations include the Mostly Mozart Festival, Great Performers, American Songbook, Midsummer Night Swing, Lincoln Center Out of Doors, ongoing free performances at the David Rubenstein Atrium, and Live From Lincoln Center broadcasts that reach beyond the iconic campus. Lincoln Center also presents a myriad of education programs and presentations for families throughout

Take a Chill Pill and Relax at Haven Spa