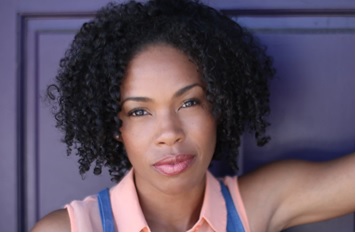 Angela Lewis, an actor in the FX hit series, “Snowfall” owes her success to supportive parents who nurtured her childhood passion and showed her movies like “Stormy Weather.” Watching Lena Horne helped Lewis to see that she could also be an actor. Now, Lewis is a role model herself, making personal wellness, family, and charitable endeavors the center of her life. But her passion will always be acting.

“I wanted to be an actor since I was three. I was pretty charismatic. My parents were super supportive. They took me to plays, and put on movies like, “Cabin in the Sky” and “Stormy Weather,” Lewis said. Despite their encouragement of Lewis’ creative goals, education was the number one priority in her family. Attending a gifted and talented K-8 school gave Lewis a solid foundation and she later went on to high school, where she performed in plays, and college, where she majored in Theatre.

After graduating, New York City was the first stop and Lewis has never looked back. “My Dad told me I could always come back home,” said Lewis. But she never needed to return home to Detroit, Michigan, except to visit. “For 13 years I was a struggling actor. I was a bartender and cocktail waitress,” Lewis said.  She stuck with it, doing theatre and some commercial work, and met her future husband. They moved to Los Angeles in 2014 and once again, Lewis rose to the occasion, booking guest star roles and eventually auditioning for “Snowfall.” 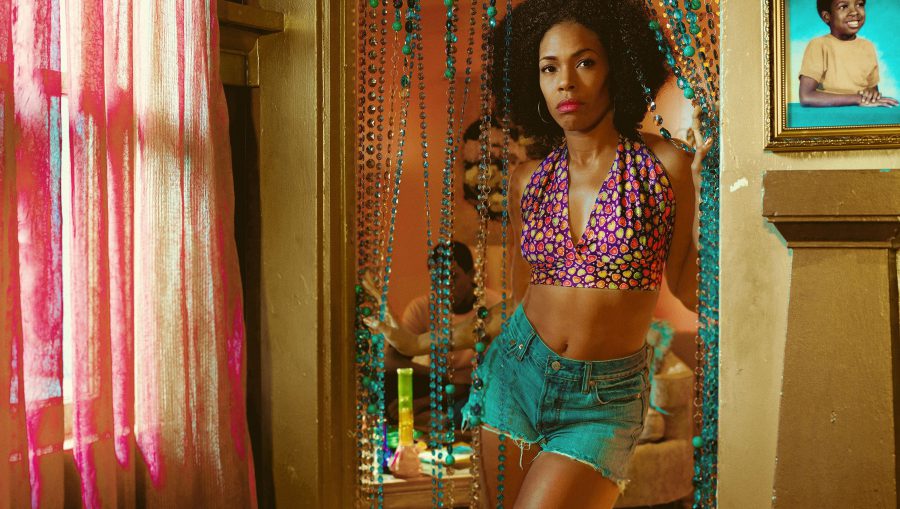 “I auditioned and didn’t get it, then a year later I auditioned for the same part and booked it,” said Lewis. To see Lewis now, in the part of lead character, Franklin Saint’s, Aunt Louie, it seems the role was meant for her. “Snowfall” brings to light the truth of the crack epidemic in Los Angeles, as it began in 1983. Although her character in “Snowfall” is not your typical role model, Lewis has other ideas.

“I really had to sit down and figure out where she came from. I wanted to bring humanity to this role. She deserves to be honored,” Lewis said. “I work with such immense talent. It’s a joy to go to work.” Lewis acknowledges that the loss of the show’s creator, writer and executive producer, John Singleton, following a stroke in 2019, was a huge blow to everyone. “Obviously, there’s a gaping hole. He would not have wanted us to stop. We all know the intention he had in the creation of this story. The history of the Black community is so imbued with lies and cover-ups,” said Lewis.

Although her career and role on “Snowfall” is challenging, and she is a new mother of a 16-month-old daughter, Brooklyn, Lewis finds ways to decompress. Even before becoming a mother, she was committed to personal wellness through meditation and yoga. “I maintain a morning ritual with meditation. It’s an ongoing re-commitment to myself. This year I said I would commit to more self-care. It makes a world of difference.” 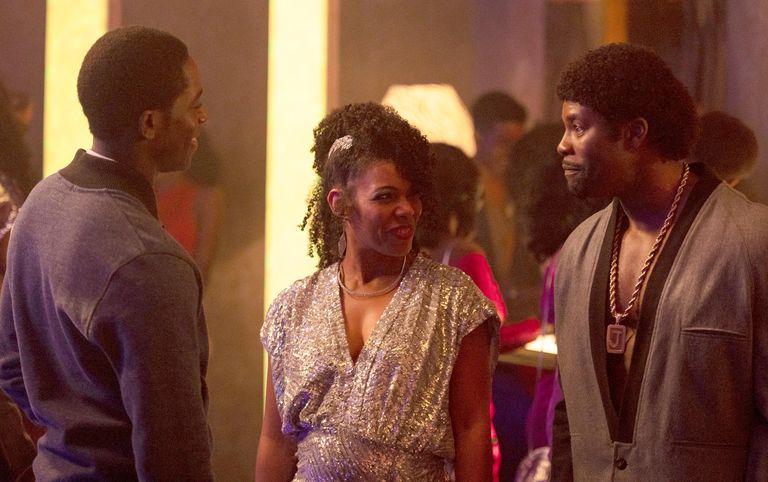 As a new mother, Lewis realizes that she is fortunate to have the resources for health care and the ability to maintain her own personal wellness. Others are less fortunate, and Lewis is now focusing on philanthropic endeavors, including an organization she just started, called Birth Queen. Lewis is already involved with Kindred Space LA, a Birth Center which also offers home births. Lewis said that Birth Queen will have scholarship programs to make sure that women can have healthy and safe birthing experiences. It does not hurt to have a role model Queen like Lewis, attached to this project, so it is sure to be successful.

For more information on Birth Queen, check out Instagram @Birth.Queen, once content is live. Be sure to tune in to see Lewis on FX, Wednesday nights at 10:00 pm, in Season 4 of “Snowfall.”