Fresh from a popular run at the Edinburgh Fringe Festival, SoHo Playhouse’s Yeah, But Not Right Now, is an intimate, painfully original, often hilarious, and shockingly self-aware, autobiographical one-man show. In 90 minutes, A.J. Holmes lays himself bare as he grapples with his upbringing, fortunate career, questionable choices, and his desperate need for validation. 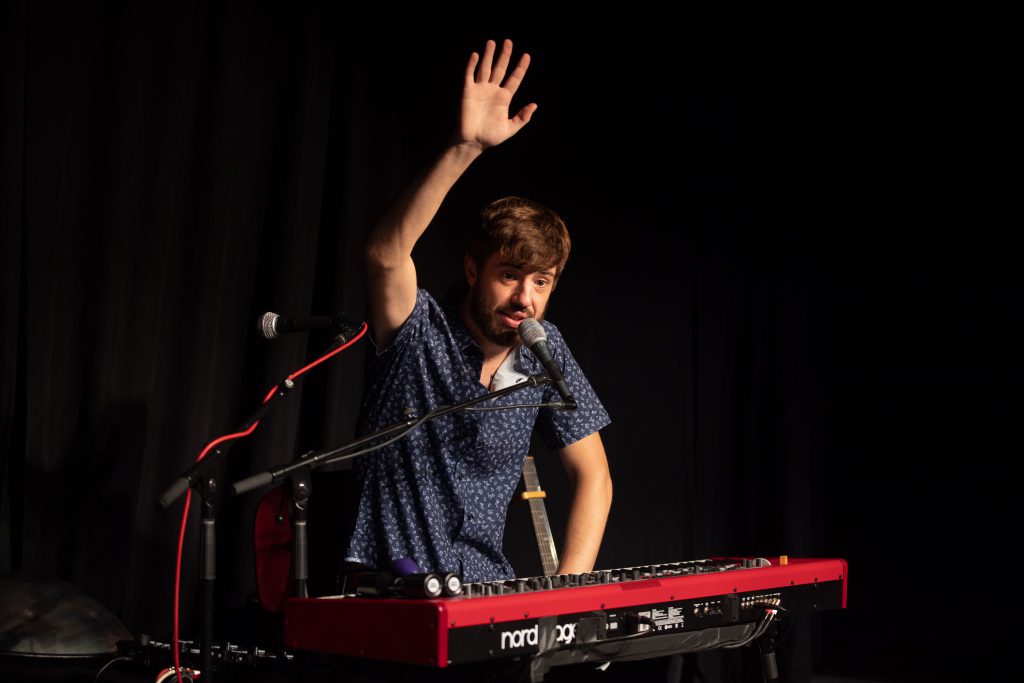 A.J. Holmes is a wildly successful American composer, singer, songwriter, and theatre performer. He’s appeared in everything from South Park to The Book of Mormon, and his vocals are unparalleled. Don’t believe me? Give him a listen for yourself!

Each of his SoHo Playhouse performances opens with a different musically gifted special guest. I was lucky enough to see Marcia Belsky, the originator of the song “100 Tampons,” of TikTok fame.

Many of A.J.’s original comedic songs paint him in a downright unlikable light. During one number, he repeatedly calls himself a “fuckboy” for his pattern of lying to and cheating on countless women. And this is precisely the kind of discomfort from which A.J. refuses to shy away. The show’s title may suggest a habit of procrastination and avoidance when it comes to confronting his demons. But if A.J.’s past is checkered with insecurity and selfishness, Yeah, But Not Right Now is his attempt at accountability and redemption.