Stage and screen icon Kathleen Turner won the hearts of the audience last Thursday night at The Town Hall in a one-woman show for one performance only – Kathleen Turner: Finding My Voice. Produced by Ken Davenport, the show narrated through music and song interludes the different stages of Turner’s astounding career. 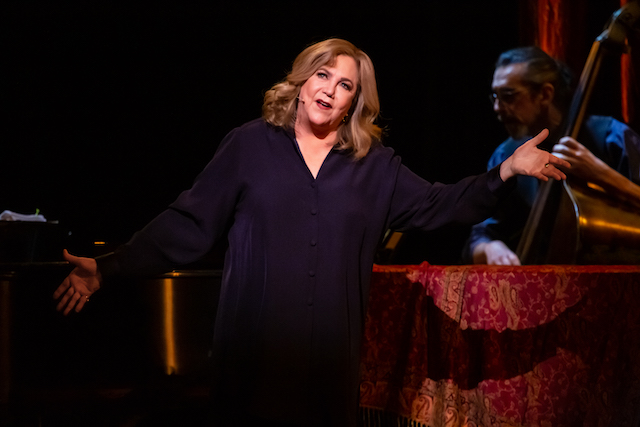 Showcasing her trademark husky voice, Turner sang classic hits from the great American songbook, including “It’s Only a Paper Moon,” “I’d Rather Be Sailing,” “On the Street Where You Live,” and “Every Time We Say Goodbye,” showing she can do it all.

Kathleen Turner’s down-to-earth, no nonsense personality set the tone for this deeply personal show in which the talented actress took us along her own journey. The performance was both hilarious and poignant as Turner evoked funny moments of her upbringing and confessed to the difficult ones after her diagnosis with rheumatoid arthritis. She demonstrated her spirit as she bounced back with her unique optimism and energy. A woman of her times, Turner did not hold back from expressing her firm position around certain issues such as hatred, racism or the present war against women’s right to an abortion. 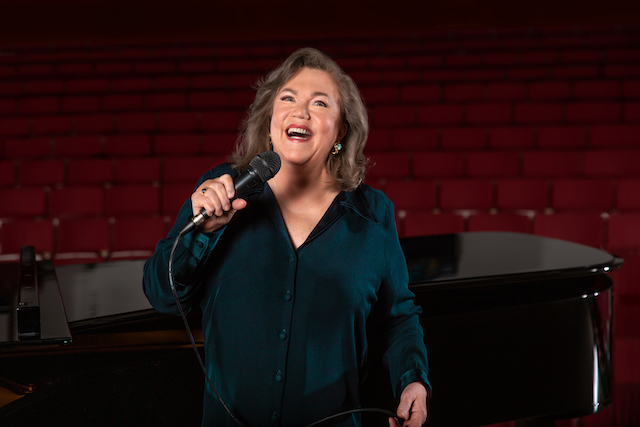 Slipping into a tune after each aside with the crowd, Turner came off as a generous, wise woman who inspired her audience to lead a life that gives and inspires. It takes only one individual she says at one moment to change the world, calling up Margaret Mead’s famous words. Turner seemed at the peak of her form last Thursday, demonstrating her eagerness to keep performing on stage for many years. For all the fans of this Hollywood legend, the show is a must-see to discover all her unique facets.

Directed by Andy Gale (I Love You, You’re Perfect, Now Change and Audra McDonald with The Boston Pops for PBS), Finding My Voice features musical direction, arrangements and accompaniment from Mark Janas(Hello Dolly! With Marilyn Maye, The Salon) and the production designer is Ed McCarthy. 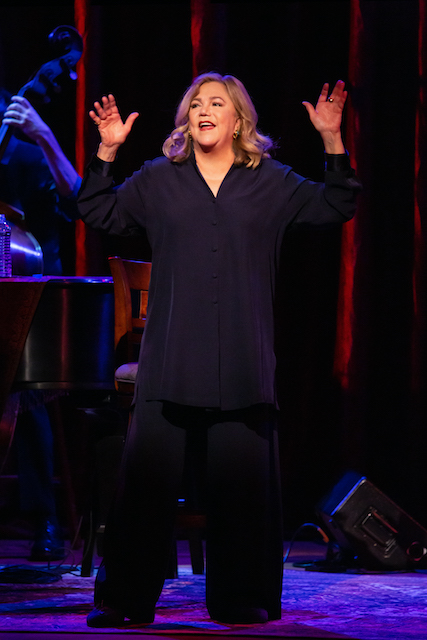 Turner developed Finding My Voice in 2017 with Gale and Janas, and the show has played both nationally and internationally.

“In the show, I talk about growing up and how I started acting 42 years ago; then into present-day projects and the wild variety of work that I do,” said Kathleen Turner. “I want to take audiences inside my life – about me, my adventures, what I’ve learned and what I believe in. In Finding My Voice, there’s no hiding behind a character, but I really enjoy that.”

Tory Burch’s Fragrance for the Holidays