For someone who wasn’t born and bred to love beer, Hayley Jensen has come a long way. She wasn’t raised in a house of ale aficionados and never savored the suds in college. However, post-graduation Hayley moved to NYC and ending up getting a job at a brew-focused restaurant, where after convincing the owners that she did indeed dig the drink, she landed a job and fiction (not so strangely) became fact. She was introduced to La Chouffe, was bit by the beer bug – and after saving a stack of cash – was soon on her way to Europe.

Once there, Hayley devised her own personal beer trail trek through numerous countries, cities, and events – hitting Belgium, the British Isles, Slavic regions (formerly Czechoslovakia), France, Munich for Oktoberfest, and more – before landing in the UK and convincing a distributor to give her job. After several months of experience, she returned stateside with a wealth of knowledge that was impressive enough for Daniel Boulud to hire her at his acclaimed DBGB Kitchen & Bar and bestow upon her the official title of Beer Sommelier. 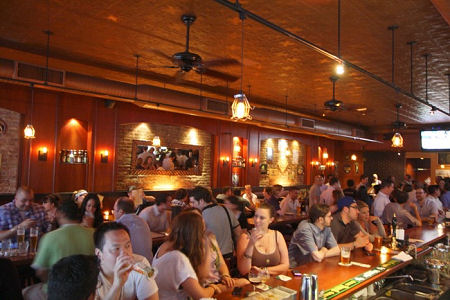 Fast forward to present day where Hayley curates a list of more than 40 craft beers on tap as well as an ever-expanding can and bottle list at Taproom No.307. Working in very close contact with the bar and restaurant’s chef (her husband Stephen Durley), she safeguards the establishment’s credo of “no crap on tap” with a delectable and diverse collection of lagers; wheat beers; amber & brown ales; pale ales & IPAs; porters & stouts; fruit, herb & spiced ales; cream ales; and Belgium ales. Her beverage list also includes seasonal selects, cider, traditional cocktails, wines, and innovative non-alcoholic options. Beer flights, bombs, and beer cocktails round out the offerings. Two to three different beers are rotated onto the menu each day, and pairing suggestions are always on hand for house specialties such as the mouth-watering menu of brick oven pizzas, seasonal salads, and small plates that often include beer and beer ingredients infused into the dishes. 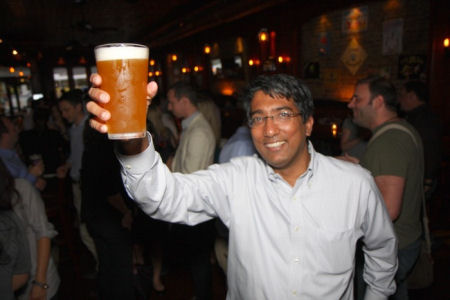 The past couple of years have revealed an expansion in the craft beer market and a continual rise in its consumption, as well as the general public’s interest. Hayley attributes this advancement in part to the foodie movement (what she sees as the “gas in the tank” – since local foods often have close ties to local brews) and the fact that people are no longer committed to being brand loyal. “There’s been a shift in attitude,” she says. “People are more open and are asking, ‘what’s new, and what do you recommend?’ It’s not as important to ask what you have. People want to learn, the younger drinkers especially.” “Beer is also an affordable luxury,” Hayley adds. “There’s no intimidation; it’s very relaxed. Maybe you can’t afford a vacation right now, but no one can take Happy Hour away from you.”