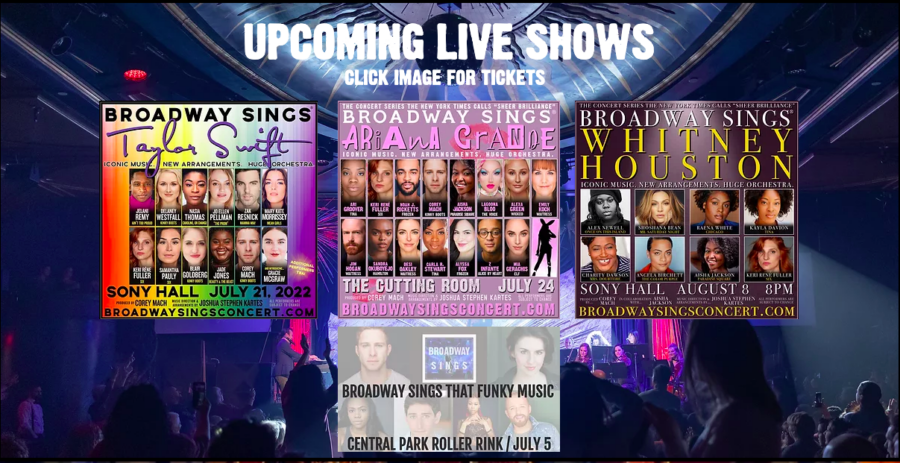 On Monday, June 27th, I experienced Broadway Sings Taylor Swift at Sony Hall, a concert so popular that there is already an encore performance scheduled for July 21st. The show exceeded my wildest expectations because it was the perfect blend of my interests: Taylor Swift songs and Broadway vocalists.

My genuine appreciation for Taylor Swift and musical theatre came about when I was around 16. I remember obsessing over Taylor’s song, Back to December, around the same time I was obsessing over Catch Me If You Can on Broadway. Taylor has since become my most-listened-to artist, and theatre is my biggest passion.

Unsurprisingly, I immediately snagged two General Admission tickets for me and my mom. My mom isn’t as much of a Taylor Swift fan as I am, but I still knew she would enjoy a good show.

Sony Hall was perfectly intimate as a venue, with good views of the stage from most seats and standing room sections. My mom and I got to the venue early to make sure we would have time to grab a table and eat before the performance started.

Then the stars did their thing, making these Taylor songs their own, with the help of the live instrumentalists and backup singers on stage. I couldn’t believe I was witnessing such talent so close to me. I’m talking legends like Shoshana Bean and Bre Jackson, killing it on vocals and their unique interpretations of their chosen Taylor Swift song. Shoshana’s stripped-down rendition of Illicit Affairs particularly moved me.