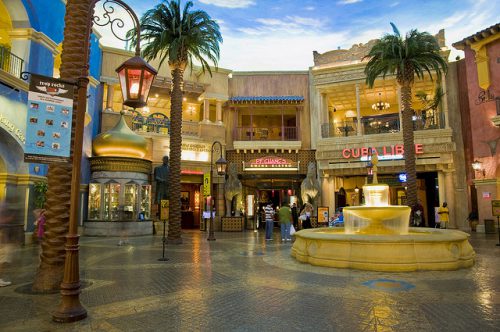 The Tropicana Resort in Atlantic City is only 2.5 hours away in New Jersey from New York City by car, but it can transport you into a refreshing new realm of experience that encompasses upscale dining, spa treatments, casino gaming, beach combing, swimming, dancing, and vivacious nightlife. Whether you’re celebrating a birthday, hoping for a romantic weekend escape, simply wanting to relax, or going all-out for a pre-wedding binge, Tropicana has something memorable to offer. Deemed Best of the Press last year, this casino also offers live entertainment and concerts to render your celebration truly spectacular.

With at least 23 restaurants with cuisine that ranges from the exquisitely upscale to the quick, casual bite, the Tropicana’s gustatory offerings cover fresh seafood (Olan) family-style Italian (Carmine’s), sweet & savory Chinese (Golden Dynasty), upscale Italian (Il Verde), the Chelsea Five Gastropub, the Palm Restaurant steakhouse, a hidden Japanese speakeasy behind a candy store façade (Okatshe), Cuba Libre, Casa Taco & Tequila Bar, an Irish pub, a sports bar, a creperie, a Starbucks, a pizza place – and, believe it or not, even more. You will not be hungry here, and there’s a taste and atmosphere for every palate. Room service is a viable option, too!

We tried the cuisine at the award-winning Golden Dynasty, which offers traditional Mandarin fare. We ordered the ‘Pork and Leek Dumplings’ and the ‘Malaysian Beef Satay’ for appetizers, quickly finding that even the starting dishes were enough to share with a sizable group. For the main course, we discovered the ‘General Tso’s Chicken’ and ‘Mandarin Orange Beef’ were equally satiating as they were savory.

Choose from rooms or suites in the Havana Tower (Double Queen or King), the West Tower (Double Queen), the North Tower (Ultra Double Queen, North Tower Ocean View King), South Tower, or Chelsea Tower at: https://www.tropicana.net/rooms-suites/rooms. Whichever type of accommodation you choose – whether it’s a room or a Presidential Suite — you’ll feel like royalty, as rooms are comfy, clean, and well-appointed. The Tropicana has more than 1200 rooms, so you’re sure to find space for large parties.

There’s a Boogie Nights Club and Kiss Kiss Nightclub (“Take a Trip Down the Rabbit Hole”) for dancing the night away at the Tropicana, as well as a Bar Olon, Hooters, an all-male Primal Men Male Revue, comedy shows, Diva Royale drag show, live concerts, and intimate bars for cocktails. Shoot some pool at the Whiskey Five Bar. Whatever your pleasure, you can find a way to indulge here.

The Sea Spa is aptly named, for it draws its healing, relaxing inspiration from the ocean itself – a mere shell’s throw from the resort. Salt and water restore vitality in a combination of THALGO treatments. The Solarium offers a jacuzz, sauna, steam room, heated marble benches and a heated floor for an ultimate luxe experience. You can also enjoy the hotel’s pool and the Sea Spa’s signature massages to de-stress and soothe before you return to the grind on Monday. Read more here: https://www.tropicana.net/sea-spa 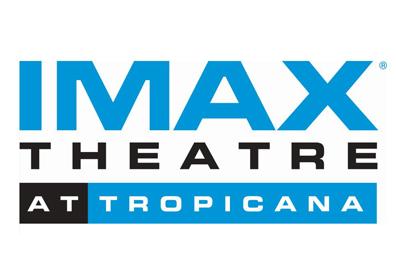 The beach and boardwalk are absolutely worth exploring for sunshine, shopping, and gaming. There’s an IMAX immersive theater within the Tropicana, too – and be sure to try the escape room, ESCAPE AC, to pit your wits against the AC masterminds.

Free wifi, a concierge, golfing nearby, a business center, and a Luxe Salon for pre-event beauty prep round out the picture at this fun-packed destination that’s geared to all ages and interests.

Gift a Spa-Cation This Summer

Sun's Out, Sunscreen's Out! A Sun-Shielding Roundup