Kipling once wrote, “Smells are surer than sights and sounds to make your heart-strings crack.”

Fragrance is perhaps the original sexual MO. Since the time of ancient Egypt, women have worn perfume to woo and arouse men. Gabrielle (Coco) Chanel surmised its power this way – a woman should wear perfume in all the places she wants to be kissed.

A History
Perfume, from the Latin per fume, means “through smoke.” As early as 1085 B.C., the Egyptians were the first to incorporate perfume into its culture, with the earliest perfume bottles found there dating back to 1000 B.C. They were followed by the Chinese, Hindus, Carthaginians, Arabs, Greeks and Romans, among others.

Egyptian women wore perfumed creams and cosmetics made with scented oils. Roses, lilies and violets were steeped in oil and rubbed on the skin. Powdered spices, scented oils and resins were made into beads and worn as necklaces and bracelets. Burning incense was popular long before college dorms and street vendors. Egyptians used it in religious rituals. And frankincense and myrrh were also offered by the wise men to baby Jesus. 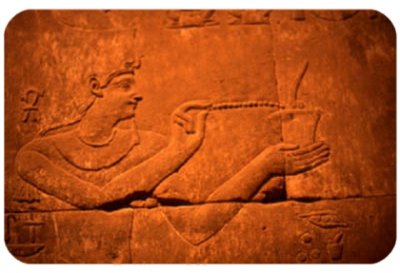 In the 10th century, Avicenna, the Islamic physician and alchemist, perfected the process of distilling oil from rose petals. This development made the production of essential oils possible. With the fall of the Roman Empire came the fall of perfume’s popularity. It was not until the 17th century with the re-emergence of international trade that perfume’s popularity took off.

In 1656, perfume received official recognition from the French with the establishment of the Guild of Glove and Perfume Makers. Perfumed gloves were worn by women for a long-lasting fragrance. Perhaps it was the lack of fresh running water, but most likely it was its sultry and appealing qualities that attracted the likings of the Court of Louis XV, which was dubbed the “perfumed court.”

More than 1000 years after perfume came into existence, a fragrance finally received a name in 1675, called Bouquet a la Marichal. And in 1710, Eau De Cologne was created.

With the development of organic chemistry in the 19th century came the production of synthetic perfume materials. Up until this point, the process of gathering and extracting materials from flowers, plants and animals was tedious. For instance, 8,000 jasmine flowers yield 1/25 ounce of Jasmine pure essence. Orris Root, the dried bulbs of Iris plants, is dried for 2 years before using it to create a fragrance.

Couturier houses led the proliferation of creating new fragrances in the 1920s. In 1921, Gabrielle (Coco) Chanel launched her own brand of perfume. Her “nose,” or perfumer, Ernest Beaux presented several lines of fragrances to Coco Chanel. And with line number five, Chanel No. 5 was born. Today, Chanel No. 5 reportedly sells a bottle every 30 seconds.

In 1925, Guerlain created Shalimar. And the 1930s brought the renowned fragrances Je Reviens, Tabu and Joy.

Still, perfume prices remained high. Up until the 1940s, perfume was used mostly by the upper class. Six perfumers created the Fragrance Foundation in 1949. Elizabeth Arden, Coty, Guerlain, Helena Rubenstein, Chanel and Parfums Weil established the foundation that develops programs to educate the American public about fragrance. More importantly, its creation suggested that perfume was a growing industry in the United States. Today, according to the Fragrance Foundation, the U.S. is the “largest fragrance market in the world.”

By the 1950s, with the creation of perfume houses such as Coty and Max Factor, less expensive scents were becoming available for the masses. Meanwhile, men’s fragrances didn’t make a mark until the 1970s.

Then came Opium by Yves Saint Laurent in the 1970s. Opium was an instant success, and with its acceptance by women everywhere, came the beginning of the perfume explosion. Designers and perfumers teamed up. Esteé Lauder, Lark Lagerfeld, Ralph Lauren, and Calvin Klein made waves in the marketplace.

Perhaps making the biggest splash was Calvin Klein’s Obsession somewhat risqué advertising campaign. Doesn’t everyone remember these ads? And who can forget the blinding yellow, black and white Giorgio Beverly Hills in the 1980s?

Today, walking down the fragrance aisle at Sephora can be a little overwhelming. Lined with scores of scents, olfactory alarms start to go off.

Parfum or Eau de Toilette: What’s the Difference?
Now that you have the background, let’s talk scent-shop. Standing in front of the Issey Miyake section, which is my favorite, I have often wondered about the scientific differences between Parfum and the Eau’s. For your cheat sheet, Parfum is the most concentrated form; it is the strongest and lasts the longest because it contains at least 20 percent of perfume compound. Eau de Parfum is an alcoholic perfume solution that contains between 10-15 percent of perfume compound. Eau de Toilette is a light form of a fragrance with between a 3-8 percent concentration in an alcohol-water base. Moisturizing perfumes and mists are fragrances that contain oils rather than alcohol.

So what’s exactly in your signature perfume?
Chanel No. 5, for instance, has a middle note of jasmine, rose, lily, Orris Root and ylang-ylang and a base note of vetiver, sandalwood, cedar, vanilla, amber civet and musk.

Animal Instinct
Civet and musk, you ask?
Yes. While 75 percent of fragrances are made with roses, the base note (that long, lingering scent of your perfume) often has an animal origin. While most animal extracts are synthetically created today to protect endangered animals, it’s worth noting the origin of these animal extracts.

Civet, an exotic cat found in Ethiopia, Burma and Thailand, is one of the most important animal materials used in perfume, according to Diane Ackerman’s in-depth book, “A Natural History of the Senses.” A butter-like secretion is taken from a pouch under the tails of male and female civet cats. Musk, which is found in 35 percent of male fragrances, is taken from the male musk deer.

For centuries, humans tormented and sometimes slaughtered animals to obtain four glandular secretions: ambergris, from the sperm whale; castoreum, found in Canadian and Russian beavers; Civet; and musk, a red, jellylike secretion from the gut of an East Asian deer, according to Ackerman.

Because animal musk is similar to human testosterone, humans respond as they would to human pheromones. Studies conducted on the influence of musk on women have shown that women who sniffed musk actually ovulated more often and found it easier to conceive, according to a study by the International Flavors and Fragrances.

The same can be said for flowers. Floral scents are also known to excite humans. When I asked my friend Matt what images or thoughts were triggered when he thought about perfume, he quickly responded with “sultry…elegant…sexy.” Followed with “soft and feminine.”

We are surrounded by scents marked by bouquets of fruits, florals, leather, earth, spice, and musk. We leave our mark when we enter a room, on our clothes and on pillowcases. We breathe about 23,040 times in a day, according to Ackerman. That’s 23,040 opportunities to make an impression, to leave someone tongue-tied and intoxicated. 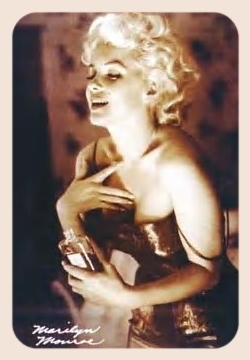 Fragrance is classic. Find your signature scent and make your mark on someone this year. In the words of Marilyn Monroe, when asked by a reporter what she wore to bed, she answered “Chanel No. 5.”