As spring is thankfully upon us, prepare for the great comeback of bobs, cupid’s bow lips, and plenty of glam. With the highly anticipated release of Baz Lurhmann’s film, The Great Gatsby, starring Leonardo DiCaprio and Carey Mulligan, fashion and beauty industries alike have their eyes set upon the Roaring Twenties for inspiration. And while you may not opt for beaded gowns, jewels, and feathers while we’re still battling an unforgiving winter in New York City, you can still take cue from the glitzy, glamorous flapper girls of the era by making a bold statement with your fragrance. In honor of the It-girls that inspired author F. Scott Fitzgerald, we’ve discovered some ‘20s-inspired scents to get you caught up in the excitement and ready to do the Charleston.

We’ll see you in theaters when The Great Gatsby debuts on May 10th. 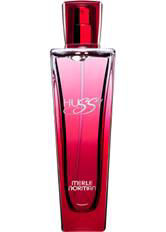 Rest assure, you won’t want to turn up your nose on this heady, luscious scent. According to sources, J.B. Nethercutt, co-founder of Merle Norman Cosmetics, desperately wanted to purchase a Packard for his famous automobile collection. However Packards, which were around during the ‘20s, were rare to find and one owner, Mr. Hussy, refused to sell his for any price. Fortunately, Nethercutt found one in an abandoned field and bought it. Later his son, J.B., restored it to its original condition in 2008, painted it sizzling red and named it in honor of the man who owned the car his father wanted. The fragrance, named after the prized car, highlights a seductive medley of powerful, blooming neroli, golden sun kissed amber, bitter orange, and juicy lemon. Hussy is not for the fainted-hearted as it immediately deepens to an everlasting aroma of rich sandalwood, musk, and a touch of honey. 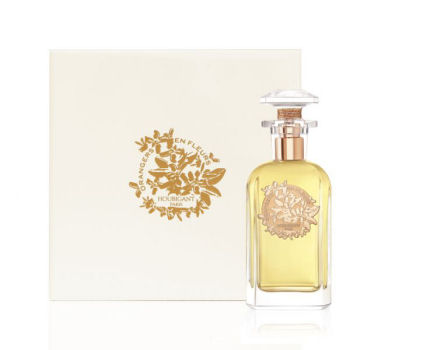 During the decadent ‘20s, Paris was the It-place to be. In honor of the “Annes Folles,” the middle class finally had access to exclusive music halls that previously catered to the wealthy. Throughout the parade of operettas and circuses one would even be serenaded by the legendary “Bronze Venus,” also known as beloved performer Josephine Baker. And during a time when women were exploring personal style, it was only appropriate to wear the finest Parisian perfumes. Today, ladies can rock the delicious Orangers en Fleurs by House of Houbigant. A tribute to the delicate orange blossom, which represents abundance, this luxurious scent features sensual notes of the white flower wrapped with dewy Turkish roses. For a touch of warmth, a note of Egyptian jasmine is found, followed by a spicy meets sweet nutmeg. Orangers en Fleurs is undoubtedly feminine, wonderfully sexy, and inviting, like a fine European lover. While pricey, a pinch is enough to last all day and night, making it worth ever penny for femme fatales in training. 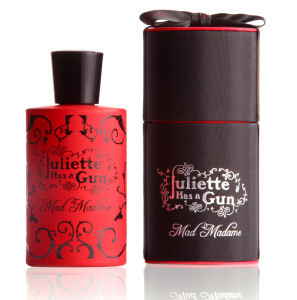 Jazz babies take note: a 1920’s inspired fragrance collection wouldn’t be complete without a bottle of Juliette Has a Gun’s Mad Madame by Romano Ricci, the great-grandson of designer Nina Ricci. “For this new episode I wanted to pay tribute to a woman who dares,” described Ricci about his scent. “A woman slightly more mature than the previous episodes, but by no means better behaved!” With this personality, Mad Madame is ideal for channeling your inner flapper. The fragrance opens with sweet blackcurrant, followed by a bouquet of roses. Slowly, it transforms into a garden of softer white flowers, such as tuberose, peony, and jasmine. However, its end note is the animalistic castoreum absolute, giving it a soapy, yet woodsy finish. Shocking yes, but rather fitting for a woman ready to make heads turn. 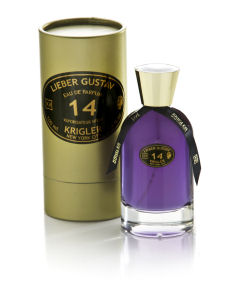 If you prefer to spice things up, take cue from style icon Marlene Dietrich, as well as Fitzgerald himself. Both were fans of the fragrance Lieber Gustav 14 by Krigler, which is found at The Plaza Hotel in Manhattan, one of the most notable settings from The Great Gatsby. Recognized as a popular scent among celebrities during the ‘20s, Lieber Gustav 14 may be a light violet hue, but it’s darker, smokier, and more powerful in aroma. Leather and wood are immediate opening notes with a touch of citrus. And while it starts off as a masculine cologne, the dry down is more feminine with powdery, gentle notes of lavender and zesty tea. Mysterious, yet unforgettable, you’ll be certain to make both a grand entrance and exit.

Available: The Plaza Hotel and http://www.Krigler.com

Spa Week $50 Treatments Are Coming October 12-18
Milan: Why You Should Visit and Where You Should Stay
How to Fix Hair Breakage from Color Damage
Best Bet: Keep Calm with Goli Ashwagandha Gummies
Previous Article

0
Stephanie Nolasco February 2, 2013
No Comments Yet