It was a long overdue visit. Lonnnnggg overdue. How else can I say it? I had been wanting to visit Sally Hersberger Downtown for pretty much ever. As in for-ever. Don’t ask me why it took so long because the truth is, I really have no clue. But now that I am done ridiculing myself for waiting an eternity to make this appointment, I will tell you about my first, long-awaited experience at Sally Hershberger; one which taught me why the salon remains a Big Apple staple, and a leading contender for best color in NYC (a very tough medal to nab.) 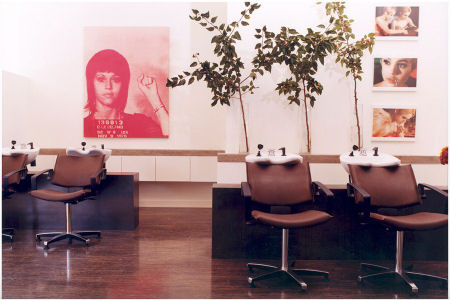 Naturally, consideration for such an honor starts with fab colorists, one of whom is Marko Tomassetti, a Hershberger paragon. He’s the epitome of downtown cool, super friendly and hilariously entertaining. You won’t regret sitting in his chair for a moment, as all the moments you’re there fly by in a second. But best of all, he knows what you want even if you don’t – which is my major malfunction. (I think I know, but I have no idea.) 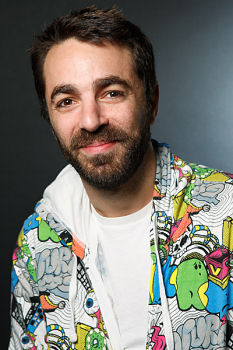 He put it plainly – that his job was to make my highlights look like they had grown out of my head that way. “It may not be your natural color,” he said, “but it should look like it is.” And plainly stated – it did. My blonde looked perfectly sun-kissed, and especially bouncy after a fabulous cut from Diana Conti, an adorable young stylist with long locks that make you think twice about chopping yours. (I’m still debating a big cut off – working up the courage as we speak…)

While talent abounds at Sally Hershberger (isn’t that a given for such a high profile salon?), it’s really the people and the vibe that keep customers coming back and have kept it a leading salon in the city for years. Marko and I talked wedding planning like we’d known each other for years. I learned that a photo booth with props is a pretty clutch investment and guarantees a fun time. Diana and I talked engagement rings and the pretentious customer service certain luxury retailers think they can get away with – (cough) Harry Winston (cough). Hershberger, on the other hand, is thankfully not one of those. While you may drop a cool $300 on your new do, there’ll be no judgement if you take the subway home.