I'm one of those people who think they can do anything. I've always figured that with the right attitude, the drive to succeed, and a little perseverance, there's basically nothing I can't accomplish. So when I heard about an opportunity to take Stacy's boot camp, I jumped on it. I guess the name should have been the dead give-away. Boot camp. As in the rigorous, physically intensive training that really tough army guys must go through. Except, I thought, this is New York, plus, there's a girl's name in the title. C'mon, how bad could it possibly be? I had no idea.

For those who may be unfamiliar with Stacy's boot camp, it's a 3-week course held in public parks throughout the city. The idea is a back-to-basics approach to fitness that utilizes the natural environment and your own body. Believe it or not, the class meets year round, even in the dead of winter. The class meets 3 times a week, with each day getting progressively tougher. And by the end, although there's no promises, it's pretty much a given that you'll be a lean, mean, boot camp machine.

Do I hear a "Yes, sir…umm…ma'am?"
Looking back, I realize quite clearly what my first problem was, in relation to this whole boot camp scenario. Other than being out-of-shape, that is. I should have started taking the class at the beginning of the session. Duh. But I had a lovely Palm Beach vacation planned, and I got special clearance from Stacy to start when I got back, and so I'd miss the first few classes…big deal, right? Wrong. If you're going to take this class, or any class, I highly suggest starting along with the rest of the group. There are some things in life that fashionably late just won't work for. And get there on time, 'cause this is one fast moving group. Don't expect them to wait for you. I actually did get there on time, a minute early even. The meeting place was at one of the entrances to Central Park, and when I arrived there were already a few people gathered, dressed in T-shirts and shorts mostly, lacking the requisite gym accessories of iPods and fashionable sneakers. Uh-oh. The must-have accessory actually appeared to be a gallon-size container of water.

Everyone in the group was also outfitted with a backpack. And inside of their backpacks, each person had a garbage bag. Except for me, who had left the garbage bag, any size bottle of water, and any ounce of physical strength and ability back at home. You're probably wondering about the garbage bag. Get this, the intent was to run over to the volleyball court, fill the bag up with sand and then run around Central Park like a complete hooligan with a sand-weighted backpack. Sounds like fun.

Not. Well, I never made it that far. I started out with the rest of the group, breaking out into a run toward said volleyball court. While we ran along, I even chatted amiably with some of my fellow boot campers, finding out the scoop. Turns out many were long-devoted Stacy's returnees. One woman even told me that she found the class addictive and was doing her third session of the summer. More power to her, I guess.

I probably lasted about 10 more minutes. Where were these darn courts anyway? I am not a runner and it was starting to hurt. I've never even run with a backpack on before. Between the heat, lack of water, the sensation of my backpack chafing into my shoulder blades, my out-of-shape physique, and the impending doom of the  and bags, I was starting to feel ill. Huffing and puffing, I decided to slow down a bit. One group member even slowed down for a second and gave me some words of encouragement. She said, "Just keep going. You can do it."  It was so Nike-esque.

But I knew the truth, I knew right then and there that I couldn't do it. So I slowed down some more, feeling the entire time like my heart was going to beat right out of my chest, cartoon-style. And then the last member of the group ran out of sight. I kept hobbling along, hoping I would see a familiar face. But they were gone, and I knew that by the time I got to the volleyball courts, they would be on to something else. So I wiped the sweat off my brow, took my last shred of dignity and gave up,feeling like one of my fellow boot-campers had dropped their Hefty Bag of sand square on top of me.

I have never been more pissed off at myself. Here I was, ready to plunge head first into a new adventure and I couldn't even get to the starting point. I am, young, full of energy, in what is probably the best shape of my life, and I couldn't even run a few miles. And then I think I had an epiphany. It's just like Shakespeare wrote in Hamlet: To thine own self be true. The bottom line was that I just wasn't cut out for a boot camp class. I'm a popcorn and movies kind of girl, someone who considers shopping for shoes a sport; a self-assertive, independent woman, an old-soul with a child-like spirit, and most importantly, someone who loves herself and can accept her imperfections and failures along with the accomplishments and success.

I realized that "For All Fitness Levels" was a noble idea, but just as "one size fits all" doesn't always apply, I questioned the wisdom of calling this class "for all levels". And after all of my 'hard work,' I suddenly realized I was absolutely ravenous. So I called the best gal-pal a girl could ever have, my favorite poof, Dickie, and together we embarked on an evening of pastrami reubens, half-sour pickles, and chocolate milkshakes. He never judged me for failing at the boot camp, although he did give my sweaty work-out gear a harsh once-over. When I told him of my plight, he simply laughed, as if he had known all along, and then he said those 4 magic words that never fail to bring a smile to my face:

For you brave souls who want to see for yourself, check out the class online at http://www.stacysbootcamp.com/ and you can even take an online fitness quiz to find out just how fit you are. 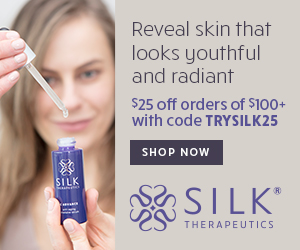