Meditation can be an effective tool to help in the healing of a wide variety of ailments, including physical, emotional, mental, and spiritual. That’s why it’s so commonly prescribed in rehabilitation facilities—it’s been proven that medication can help recovering addicts by re-aligning them with their body’s own natural systems and providing a means of (breath) control during tumultuous times. However, there are many types of meditation, and you may need to try a few guided varieties to find the style and tools that work for you. Choosing a meditation guide that specializes in the type of healing you desire is the best way to get the results you want.

Meditation heals because it involves pranayama, or control of the breath. The vast majority of people barely utilize a small percentage of their breath and lung space. We are a culture of shallow breathers. However, focusing on breath allows the mind to calm. It’s a natural way of lowering stress. It’s also why you see professional athletes regularly implementing breath control, such as the tennis player who “whooshes” when they hit the ball. It gives them more power but also helps remind them to breathe. It doesn’t make much sense, but many people hold their breath when they are nervous, stressed, or scared. That’s the opposite of what we need to be doing.

Deep breathing allows for an influx of oxygen into the bloodstream. This rushes both oxygen and nutrient-rich blood to vital organs and throughout the body. Guided meditation challenges a person to pursue a state of calmness while avoiding the common worries that plague us in daily life. When you’re focusing on something like a mantra and/or counting mala beads, it’s difficult to think about your to-do list. Of course, these thoughts will arise, but you are capable of acknowledging them and dismissing them. 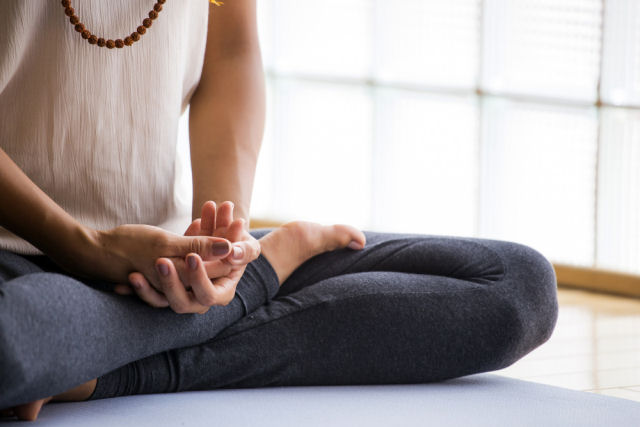 How Healing Occurs
A calm and alert mind is content and becomes as powerful as a laser. Swasthya, or health in Sanskrit, requires breath control and meditation. True health includes the consciousness, which can easily get cluttered. The clearer a person’s conscious, the healthier they become. Meditation makes prana (our life energy) skyrocket, impacting both the body and mind. Prana is best achieved through meditation and can make a person feel energetic and alert. In Ayurveda, it’s thought that low levels of prana are what lead to dullness and fatigue.

Increasingly in western culture, we are re-embracing what it means to be healthy from a holistic sense. It’s believed in Ayurveda that many illnesses are caused by or exacerbated by an issue within the consciousness. It’s said that illnesses can arise due to a violation of a natural law, like binge-eating or addiction to drugs or alcohol. Illnesses can also be brought on by nature, like the flu. Fortunately, we are already equipped with everything we need to cure and ease illnesses. Meditation gives us the power to release anxieties and positively change our mindset, which in turn will have positive effects on the entire body from the physical to the nervous system.

Both illness and health are a natural part of our lifecycle. Worrying about illnesses and health can often make it worse by providing more energy and power to the illness. Healing the mind first will have a snowball effect on the rest of the body. Through meditation, stresses can be stopped from ever entering the body while allowing for an organic release of stress that’s already accumulated. Meditation can also “cool the brain” through some pranayama exercises, which in Ayurveda and yogic study is considered maintenance of the body-mind system.

Sometimes the “buildup” that can lead to illness is dubbed emotional pollution. We take from the world around us, such as negative people and frustration with work, and let it play out physically within us. Everyone needs a tool to filter out the negativity in their life to allow for a healthy system and one that can heal fully and quickly. Meditation can provide this outlet. When the body’s cells are completely oxygenated (which rarely happens without a meditation practice), the body is given new life. Negative emotions are flushed out, tensions are released, and you’re left with a clearer mindset. 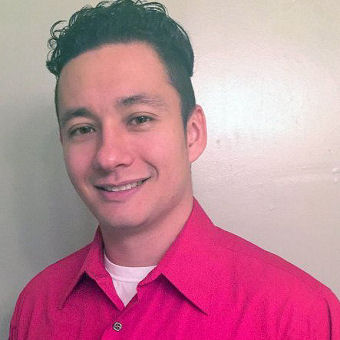 Trevor is a freelance content writer and a recovering addict & alcoholic who’s been clean and sober for over 5 years. Since his recovery began, he has enjoyed using his talent for words to help spread treatment resources, addiction awareness, and general health knowledge. In his free time, you can find him working with recovering addicts or outside enjoying about any type of fitness activity imaginable.