These past few years have been ripe with juicy fodder for anglophiles the world over. First was the Royal wedding. Then there were the London Olympics with the unforgettable Bond meets Queen intro. If that wasn’t enough reason to love Great Britain, this year’s long-overdue British win of the eponymous British tennis tourney, Wimbledon, by the Scot, Andy Murray, should give you yet another. (We won’t mention his US Open performance or the fact that true Scots don’t exactly love the bloke – apparently he’s a bit dry…who knew?) And finally the famously awaited Royal birth – welcome to the world George Alexander Louis!

If you’re anything like me, all this has made you want to visit the British Isles now more than ever and live the life of a Brit or a Scot for a quick spell. There’s no time like summer to make a trip across the pond. Behold: a complete 10-day, guided tour of the absolute best spots in my favorite place in the world. Here’s hoping this read will make you love a plate of fish and chips, an afternoon cup o’ tea, a warm pint, a stroll through ancient history, and a country hike, just as much as I do. 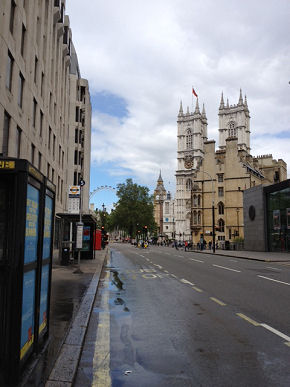 Naturally, you’ll want to spend a few days in the other best city in the world (that’s coming from a New Yorker, and therefore must mean the British capital.) To really experience all this city has to offer, you need a solid five days. You’ll love the contrast between city and country, all of which is reachable either on foot or by train. I would suggest staying in a few areas so you can experience the different hoods and vibes of said hoods. If you’re not one for hotel hopping, then perhaps two will suit you just fine. I love changing locales, so I didn’t mind staying in three separate hotels during my stay. 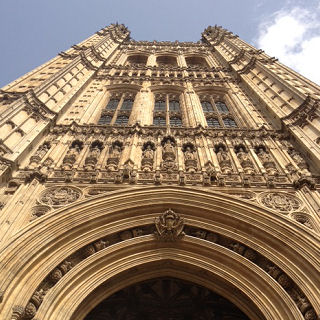 The House of Parliament

First, park your travel-weary seat nearest to the sights you won’t want to miss so that you’ll have easy access to touring them. Victoria provides a great vantage point from which to explore landmarks like Westminster Abbey, the Houses of Parliament and Big Ben, the London Eye and more. The Grosvenor, on Buckingham Palace Road, is a stone’s throw away from the Victoria tube station, and walking distance to aforementioned sights. It’s also got a great, super traditional English breakfast complete with beans and English bacon (which is guaranteed to turn even the strictest vegan into a carnivore in seconds.) Rooms are small but comfortable and clean, and the bar serves up some tasty libations post happy hour. 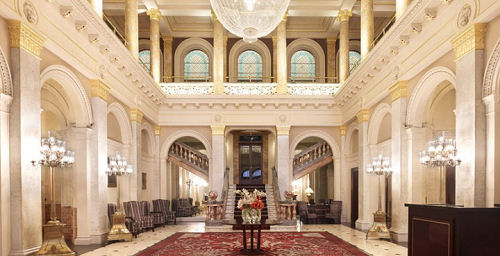 The lobby in the Grosvenor

Once you’ve had your fill of all the southern sights – be sure not to miss Buckingham Palace and the National Gallery – you can migrate to another part of town. Check into a location of one of the finest hotel brands London has to offer: Firmdale Hotel Group. The brand is my personal hotel favorite, and if you’re from this side of the pond, and NYC specifically, you might know it from its only US location – the Crosby Street Hotel in SoHo. The brand has lots of London locations, but I recommend its latest, the Dorset Square. It’s an adorably quaint little hotel on one of London’s many green squares, and happens to have the best breakfast in town at its restaurant, the Potting Shed. Don’t miss the crunch pot in the morning – I still have fantasies about that yummy yogurt mash-up in that adorable, subterranean dining spot. 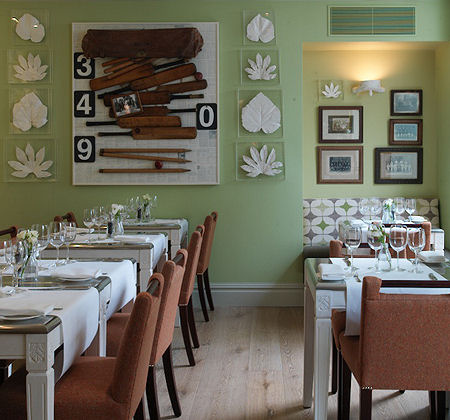 From the Dorset Square, you are well-positioned to visit some of Northwest London’s treasures like Regent’s Park and Queen Mary’s Gardens, the Sherlock Holmes museum and Marylebone High Street, with quaint pubs (Inn 1888 is worth a stop) and boutiques. From there, you can keep meandering down to Hyde Park, where you could spend a full day, if not more, exploring things like Kensington Palace and gardens. Try to get a peep of Princess Kate but sadly, you’re sure to fail at that pursuit.

For dinner, you simply must indulge in the classic Fish & Chips for a night, and during your Dorset Square stay is a good time to do it. You’re not far from the unassuming Golden Hind on Marylebone Lane, where you’ll get the best version of the dish you’ll ever have – no exaggeration here folks. The freshly friend pieces of cod are delectably flaky and generously portioned, and the fries (don’t forget the malt vinegar and brown sauce), are worth every single waist-expanding calorie.

After one or two nights near Victoria at the Grosvenor, and one or two nights in Marylebone at the Dorset Square, you’ll be ready for a new part of town – one that’s as classic English as they come. Instead of getting sucked into the hype that is Notting Hill (though it is quite worth a visit), head a bit north of that hood, to Ladbroke Grove, an area that mixes what you imagine an authentic London vibe to be, and what an actual one is. You’ll meet people at the pub who truly live there – not just those who are passing through – and you’ll feel like a resident for a few days. Especially if you book your accommodations through the burgeoning ecommerce site, OneFineStay. 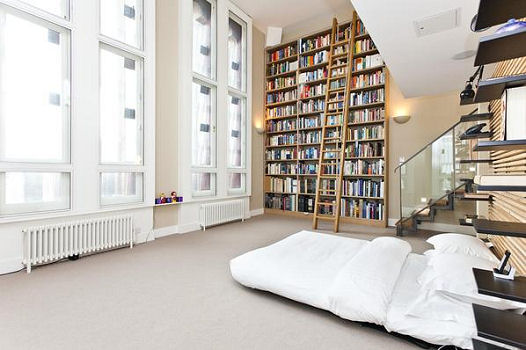 It’s part of the new trend in hospitality that’s sweeping big cities the world over: rather than spending $400 a night for one room that has a bed and a toilet, why not get an entire apartment and help those who own it pay their rent or mortgage? Sure, this could go the wrong way quite quickly if you’re suddenly staying in someone’s basement next to a tool shed and some mouse droppings. But sites like OneFineStay ensure you’ll be living in someone else’s luxury for a few days – the service vets out all its clients, offering only the best in designer homes and accommodations, and treating your stay exactly as if you were staying in a hotel with a full-service concierge. Guests are provided with an iPhone that has a special, direct connection to the OneFineStay “main desk,” where they can get questions answered and recommendations for services in the area, as well as food, drink and anything else one might need while staying in a new town for a few nights. Nothing puts you quite as close to being a true Londoner as living in one’s home for a day or two. 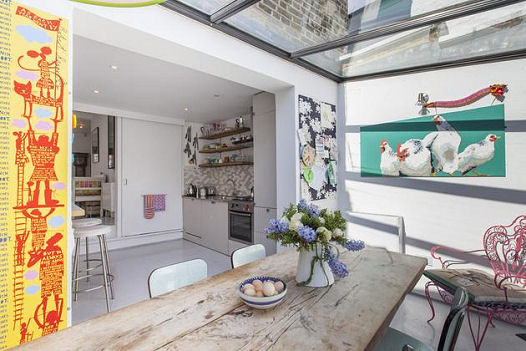 At some point in the last few days, you will have hopefully indulged in tourist traps, some of which aren’t traps at all. If you haven’t yet, then be sure to catch the attractions that are worth your time and money – namely Hampton Court Palace (a quick train ride away), the Imperial Arms Museum, the Tate Modern and the British Museum. These are simply can’t miss sites that will give you both inspiration and fantasy to fuel your imagination and whimsy for years to come. 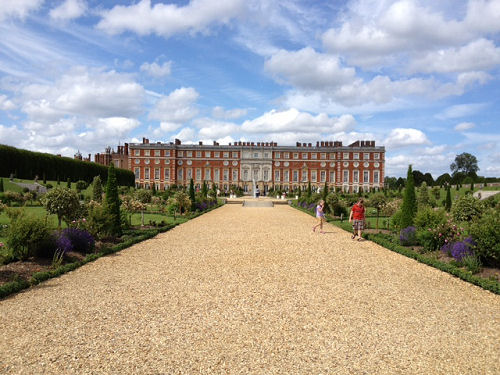 And now that you’ve gotten that out of your system and are well-positioned in northern London, you’re a stones throw away from London’s small northerly airport, Luton, where you can jet up to Scotland for the second part of your trip. While some people prefer the train as it takes you through the countryside, it can significantly cut into your time, time that you’ll much value once you arrive in Edinburgh and embark on a five-day journey through some of the most beautiful terrain you’ll ever set eyes on.

Tune into part two where we’ll take you all through the Highlands on an adventure you’ll never forget, and that’s not because of the scotch – we promise.