Located on Berlin’s premier shopping street, the Kurfürstendamm, Hotel Zoo Berlin merges the city’s edgy style with a bit of 1920’s Hollywood glamour. The Hotel’s namesake comes from its proximity to the Berlin Zoo and its playful décor featuring various members of the animal kingdom. 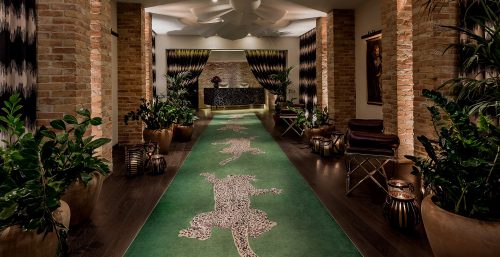 The hotel’s original building has stood the test of time since 1889, starting as a private residence and later developed into a hotel in 1911. The opulent ‘townhouse’ stayed intact throughout the past century, allowing the NYC based designer, Dayna Lee, to keep much of the building’s structure and compelling features while infusing modern details during its recent renovation. 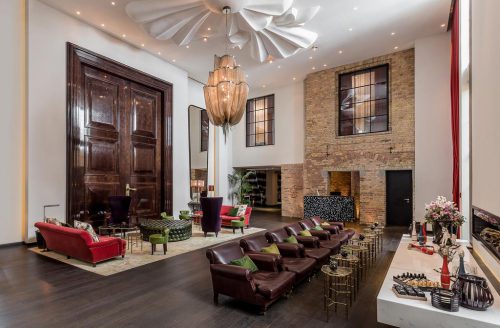 The hotel was once the go-to destination for Hollywood and film’s elite, who traveled to the city during the Berlin International Film Festival and was frequented by Sophia Loren amongst other stars.

This sense of fantasy and enchantment has been injected into the hotel’s reincarnation with features such as soaring high ceilings, spacious common areas, ornate décor, and grand entrances. Each room and suite is uniquely designed with touches of whimsy, eccentric artwork, and luxurious furnishings.

The grand ‘Living Room’ is perfectly designed to allow guests to relax and linger near the double-sided fireplace while enjoying a cocktail from the energetic Grace Bar. In addition, guests can indulge in fantastic fusion fare at the hotel’s casual fine dining restaurant.

The hotel’s 127 rooms and 14 suites each have its own layout and character. The panorama rooms offer views of either Kurfürstendamm boulevard or the Berlin skyline. 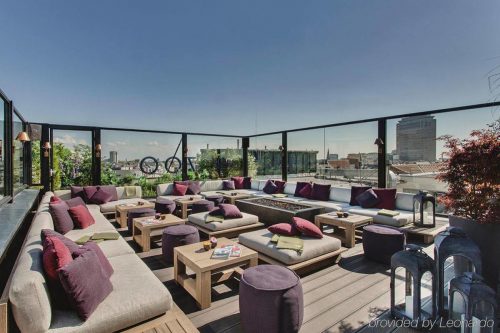 The Most Unique and Coolest Handbags