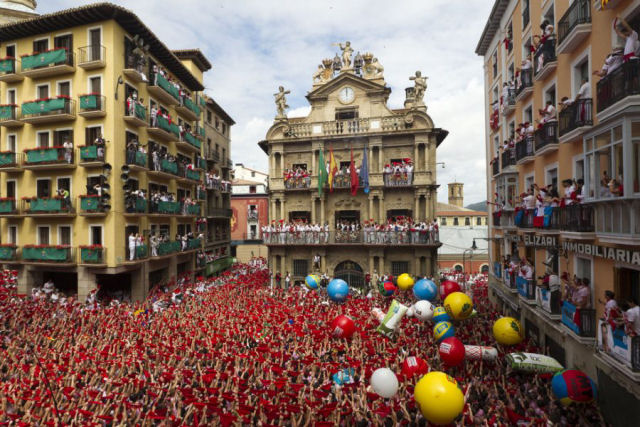 Every July in the north of Spain there’s city that epitomizes, danger, drinking and dancing: Pamplona. To revel in those activities, the entire population dresses in red and white for the city’s famous festival, The Running of the Bulls (in Spanish, el encierro — literally, “the enclosing”) in celebration of San Fermines. San Fermin is the patron saint of Pamplona and also of cobblers, winemakers, and bakers. This makes sense, since the celebration of San Fermin is a week of wine, running, and eating. If there was ever a legendary party, particularly of men, it’s this revelry week in Pamplona. I thought I might have been down under in Australia, because if there’s ever a non-stop party that involves drinking, danger, and the opportunity to risk one’s life, the Aussies will be there to participate wholeheartedly. 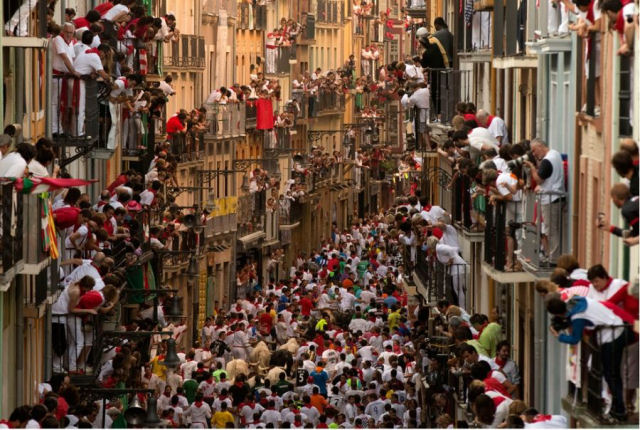 San Fermin is a 9-day party. The entire city is outdoors, at all times. You’ll even see elderly people still dancing at 3 a.m. by the light of the moon… but of course, this is Spain.

The running of the bulls starts each morning at 8 o’clock, when a rocket explodes to let the people know the bulls have been released. It’s an incredible, adrenalin-sparking sight. The bulls’ route winds half a mile and the average encierro lasts for three minutes. Take note, encierros can be dangerous for runners and bystanders. The size of the crowd, the bulls’ unpredictability, and the experience of the participant all contribute to the ever-changing risk factor. These bulls are not calm, tranquil farm animals that one would approach to pet.

At this festival, it’s not only the running of the bulls that ignites the party — there are also fireworks, bullfights, music everywhere with dancing, and religious ceremonies. The kickoff party is known as Txupinazo and starts at noon in the square. It’s completely insane! Be careful, because like the festival, Tomatina — in which tomatoes will likely be thrown at you — it is not tomatoes that will be hurled, but rather wine, champagne, and water balloons. It’s great fun if you don’t mind getting wet and dirty. 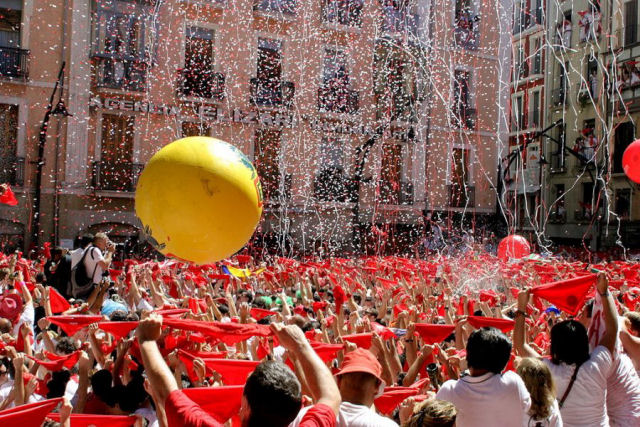 You’ll have an amazing time in Pamplona! It’s one of the world’s biggest parties, and one you surely won’t want to miss. 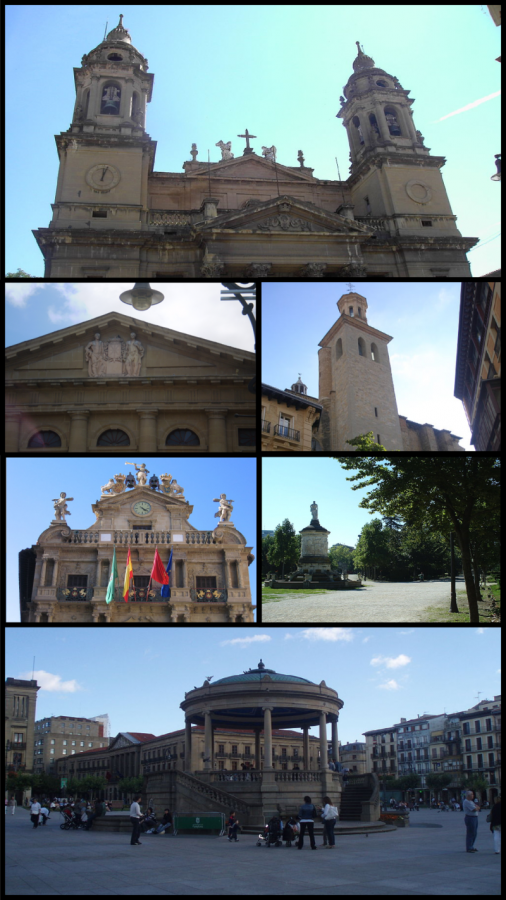